Sony is working on a smartphone with a taller display i.e Sony Xperia XZ4. There had been a lot of rumors and leaks about the upcoming smartphone for many weeks. A few days back, Sony Xperia XZ4 Screen Protector got leaked that confirmed the taller Screen Size of the upcoming handset. While all smartphone makers are busy to launch their devices with a notch screen, Sony is working on a  smartphone with no notch but with a taller screen.  Furthermore, the handset was also spotted at AnTuTu with a remarkable score. Now, the phone surfaced on Geekbench with Snapdragon 855.

According to the reports, the handset got 3,497 points on the single-core test and 12,801 points on the multi-core test. Let’s have a look at the score sheet on Geekbench. 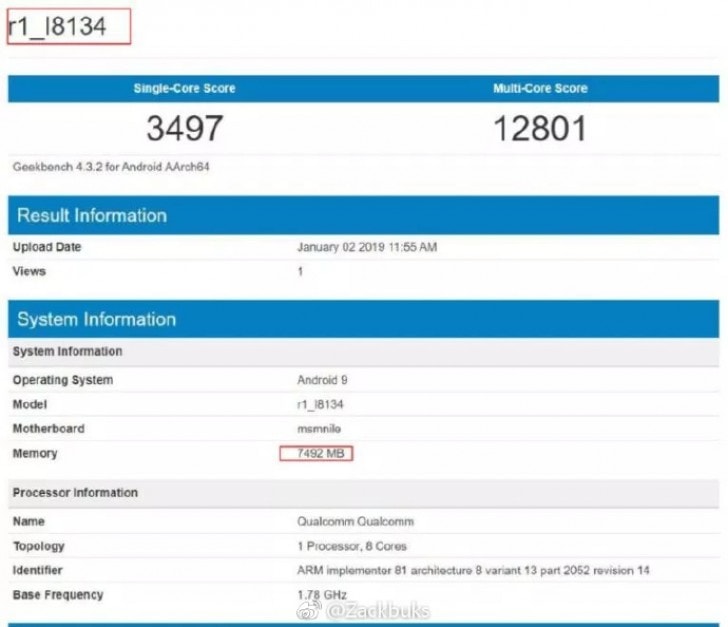 According to the listings, the upcoming  Sony Xperia XZ4 will feature Qualcomm’s Snapdragon 855 chipset. Moreover, the smartphone will come with the 6 GB RAM and either 64 GB or 256 GB of onboard storage. In addition to that, the device will have a fingerprint scanner on the side. For the photography lovers, the primary camera at the rear will feature a 1/2.3” sensor and OIS. The front panel will sport a single selfie shooter with the super wide-angle lens.

Furthermore, the smartphone will feature a taller display with no notch. The phone will also boast a powerful and massive 3900 mAh battery. In addition to that, the smartphone will run Android 9 Pie straight out of the box. There had been no official words by the company about XZ4 specs so it will be too early to say something for sure right now. However, we are also not sure when will the company officially announce this smartphone. All we know is that Sony has scheduled an event for January at CES. So, the phone may go official at that event.