After completing a six month mission in a SpaceX craft in the International Space Station, the space craft with four astronauts returned to Earth on Monday. Megan McArthur and Shane Kimbrough astronauts from NASA, Akihiko Hoshide of Japan and Thomas Pesquet from the European Space Agency were the four astronauts.

In completion of their mission i.e. ” Crew-2″, the international crew helped in upgrading the solar panels on the International Space Station and conducted many experiments in the orbit.

After entering the Earth’s limits, the Dragon spacecraft dubbed as “Endeavor” decent and landing in the Mexican Gulf was made slow by four huge parachutes. Then the spacecraft was lifted by a recovery ship. Noting the precautionary measures the astronauts were placed on stretchers, as after long periods in space, the human body needs to adjust with the Earth’s Gravity. 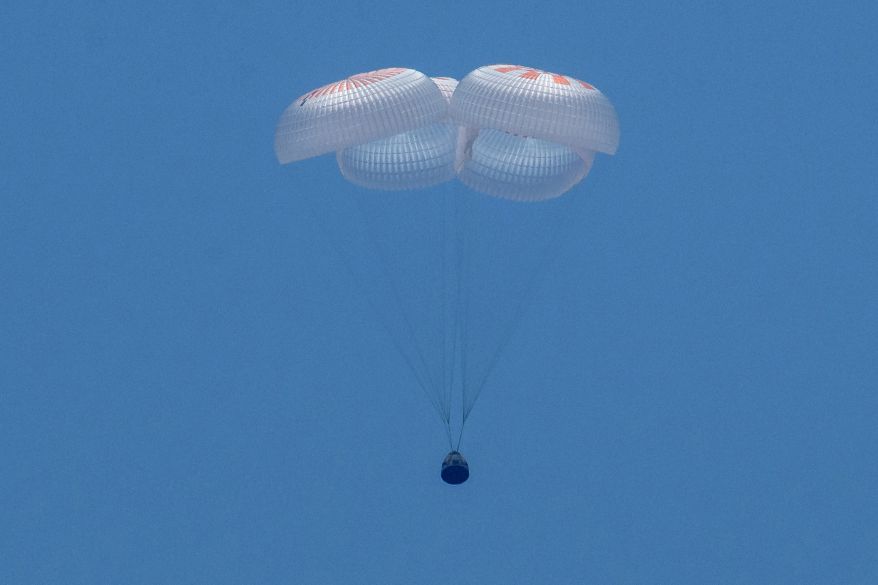 Kimbrough after landing gave a statement that it was great to back on Planet Earth. Pesquet before starting their journey back had tweeted that it was a great pride to represent his country i.e. France once again in space, and now next stop is the Moon.

Among the different activities performed by the Crew-2 were to study and document the changes made by different human activities on Earth, the natural events and growing Hatch Chile peppers, and studying worms to better understand human health changes in space.

In 2020, the SpaceX ended the US dependency on Russian Rockets when it started providing ISS the taxi service.

On their journey back to Earth, a problem in waste management system, forced the astronauts to wear diapers. For around 10 hours, after the hatch closed, the astronauts had no access to the toilet.

Also Read: Twitter Now Allows you to Tune into Spaces Through Direct Links