Spectacles Latest Update brings a new feature that will allow users to Share Video in Non-Round Format. The glasses feature a camera that can record HD video for as long as 30 seconds, and take still shots. The update will roll out in Snapchat for iOS and Android and will apply to both versions of the glasses.

Spectacles Latest Update allows you to share your videos and pictures in other formats besides a round circle with a white background. New options include a circle inside a black background, a square and a widescreen setting. You can tap on Spectacles Story so you can select the format you want to export the pictures or videos in. 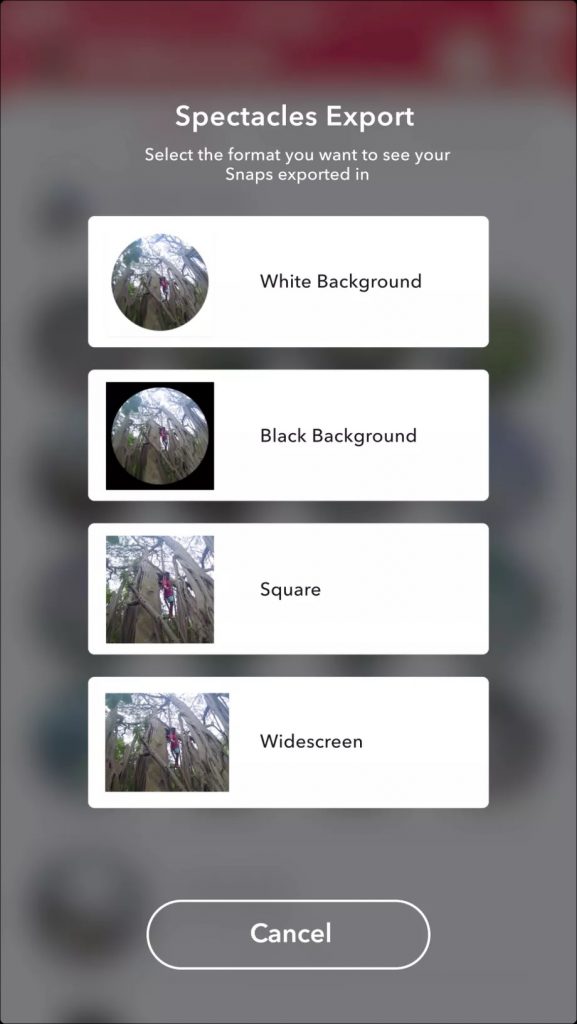 Those who don’t know about Snapchat Spectacles, these are colorful plastic sunglasses. These glasses gave a small camera placed by one of the lenses. Pressing a button by the hinge of the glasses will record 10-seconds of the video. If you press it three times, it will record a maximum 30-seconds video. The video can be shared via email or social media.

These spectacles cost $129.99. Snapchat has sold over 150,000 Spectacles in its first year, 50% more than the company figured it would sell over that time period.