Daniel Ek and Martin Lorentzon established Spotify on April 23, 2006, as a Swedish audio streaming and media services company. As of September 2021, it was the world’s largest music streaming service provider, with over 381 million monthly active users, including 172 million paid members. Spotify may be entering the video content market, apparently, beta running tests for a scrollable feed of videos to complement its repertoire of available to stream music, after seeing other applications, such as Instagram and YouTube, mimic TikTok design with a vertical short video feed.

Also, read Winamp Music Player; A Living Legend is Getting Ready for a Relaunch

Like other applications, Spotify is also launching its vertical video feature same as TikTok

Spotify is the most recent app to attempt a vertical video stream, akin to TikTok’s successful design. A new addition in an early test release for iPhone displays the addition of a new Discover tab to the app’s top page. It has vertical music video snippets that viewers can quickly swipe through, similar to TikTok’s layout. It is not the case. 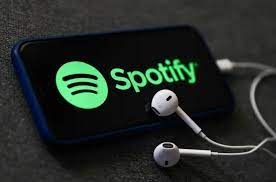 As a result, the firm has been testing a new function in its mobile app; however, it is unclear if the function is scheduled for widespread distribution or is only a test that may never be integrated into the main app.

Basically, it offers a vertical stream of music videos to which visitors may navigate to discover something they enjoy.

“A Spotify spokeswoman told, “We constantly undertake a lot of tests in an effort to improve our customer experience.” Some of those tests wind up paving the way for our larger user experience, while others serve just as valuable learning opportunities. We don’t have any fresh information to provide at this time.”

Many software businesses, including Twitter and Facebook, test such features for months before releasing them to all users, and some testing is never deployed. TikTok’s vertical-scrolling video style has been constantly imitated since the Chinese-owned app first appeared on the market in 2016, and it has grown in popularity in subsequent years.

Short is an experimental feature on YouTube, Reels is a similar feature on Instagram, and Spotlight is a feature on Snapchat. Byte and Triller are two more apps with comparable characteristics as their fundamental pillar.