Mr. Ryan Goodnight, Director Middle East & Asia for Starlink, and Mr. Ben Macwilliam, Head of Global Site Acquisition for Starlink, paid a visit to the Pakistan Telecommunication Authority (PTA) headquarters in Islamabad. They met with Maj General Amir Azeem Bajwa (R), Chairman of the PTA, and the Executive Director of the Frequency Allocation Board.

They discussed future Starlink plans for connecting Pakistan to their global network with PTA officials and exchanged opinions on satellite broadband connectivity. The official delegation examined issues relating to the supply of satellite broadband access in Pakistan, as well as the matter’s future prospects.

A delegation met Federal Minister for IT and Telecom

They talked on the investment incentives offered to the private sector in the country. The project’s goal is to use a mega-constellation of satellites orbiting the earth to provide high-speed internet service all over the world. 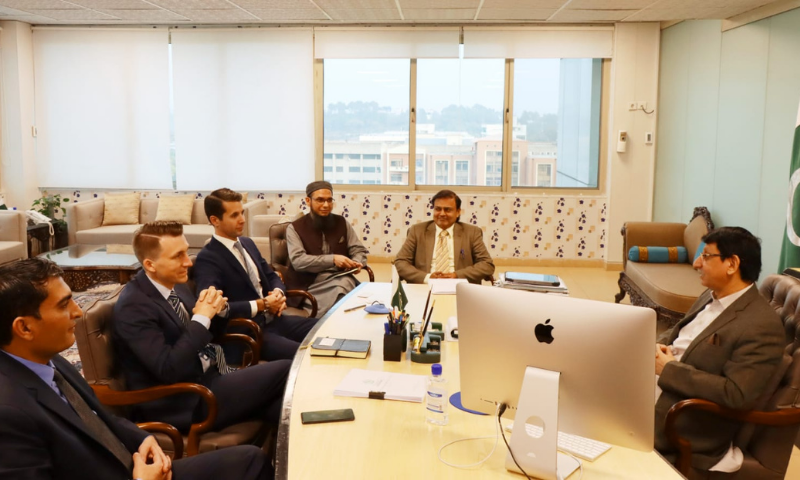 Chairman PTA briefed Starlink representatives on the Prime Minister’s vision for Digital Pakistan and the opportunities for quality broadband internet in Pakistan’s developing market. He informed Starlink’s officials that PTA would support their operations in Pakistan in accordance with the regulatory framework.

Starlink is a SpaceX-operated satellite broadband constellation that provides satellite Internet access to the majority parts of the world. SpaceX plans to launch up to 60 satellites at a time, with the goal of deploying 1,584 of the 260 kg (570 lb) spacecraft by late 2021 or 2022 to provide near-global connectivity.