The Special Technology Zones Authority (STZA) was set up with the goal of setting up Special Technology Zones (STZs) all over the country to create world-class digital and physical infrastructure and put Pakistan on the global technology map. The STZA Act of 2021 entails that the Prime Minister of Pakistan is the head of the STZA Board of Governors (BoG). The Authority wants to build a technology ecosystem for entrepreneurship, research and development (R&D), and tech-driven innovation in the country for young people. It will do this by giving the technology sector institutional and legislative support, making it easier to do business, and offering special fiscal and monetary incentives.

This authority, which was set up by the Cabinet Division of the Government of Pakistan, will work to build a technology-driven knowledge ecosystem and encourage modern innovative solutions and futuristic entrepreneurship.

STZA will build Special Technology Zones (STZs) all over Pakistan, offer special incentives to get investors, builders, and technology companies to work with the government, and help both local and international companies in the STZs through a single point of contact. Furthermore, the Authority wants to build knowledge ecosystems that will be able to take advantage of Pakistan’s tech potential and put the country on the path to an entrepreneurial, innovative, and tech-driven future for shared prosperity and growth for all. 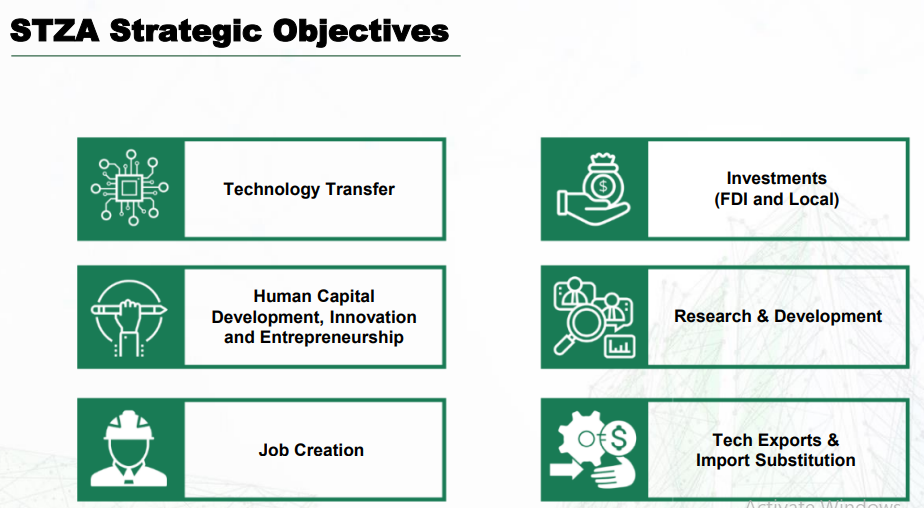 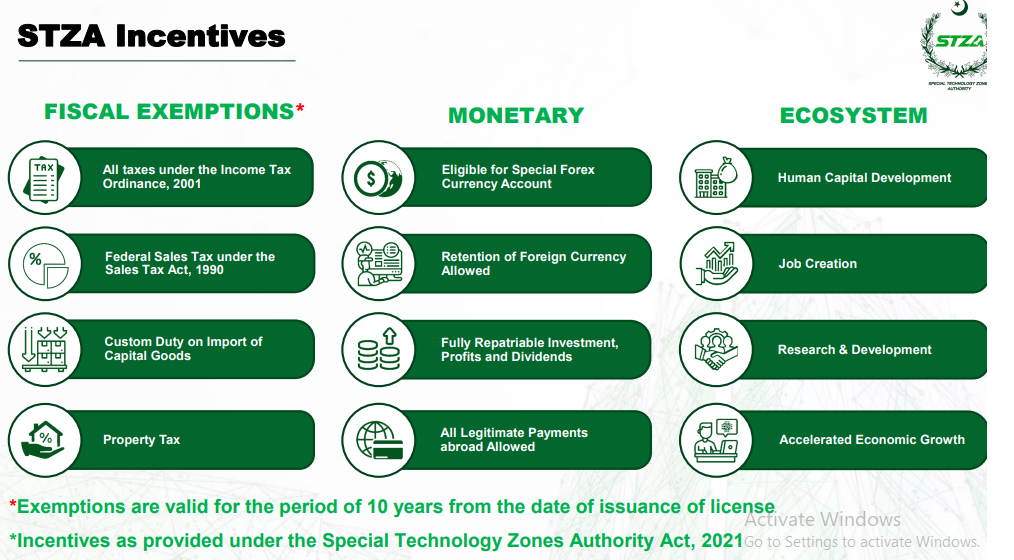 STZA provides a number of incentives for setting up Special technology zones. These include fiscal exemptions, monetary relief, and a healthy ecosystem.

What is a Special Technology Zone?

A Special Technology Zone (STZ) is a knowledge ecosystem based on the triple helix model of innovation. The government offers special incentives to help develop, promote, and spread the latest technologies. It is a place where innovation is the main thing that drives both core and side activities. The businesses and people who work to create and spread new technologies live in smart cities themselves.

The government helps and incentivizes businesses to help them grow, make money, and give other people opportunities quickly. People and tech companies from all over the world are drawn to these ecosystems. Over time, the zones grow beyond their original borders and turn into townships, and then cities.

In this way, each STZ helps the government that backs it carry out a larger reform plan and bring social and economic progress to its citizens.

History & Significance of STZ around the globe:

The rise of knowledge clusters like Silicon Valley (United States) in the West, Tsukuba Science City (Japan), Z-Park (China), and Daedeok (South Korea) in the East prompted countries all over the world to create special laws and rules to help and protect the growth of the knowledge and innovation ecosystem and create wealth through knowledge-driven solutions and services. One of the best ways for policymakers to do this was to allow the creation of technology parks, zones, or clusters.

Because of this, innovation and knowledge clusters have grown rapidly since the 1980s. For comparison, the US has 115 clusters, China has 169, the UK has 63, India has 23, Iran has 16, Egypt has 3, Malaysia has 5, and Pakistan has none. In 2001, India had IT exports worth $1 billion, but it had no knowledge clusters. In 2022, India has 23 clusters, more than 100 technology parks, and IT exports worth $150 billion. This is how much money technology and knowledge zones bring in.

Now, Pakistan can follow its footsteps and adopt a pro-innovation mindset. Our country can’t rely on a “bricks and mortar” system anymore, since the technology sector has become a key part of how countries all over the world make sure their economies grow and other important parts of their national security are taken care of.

Top Companies that Began their journey from Zones: 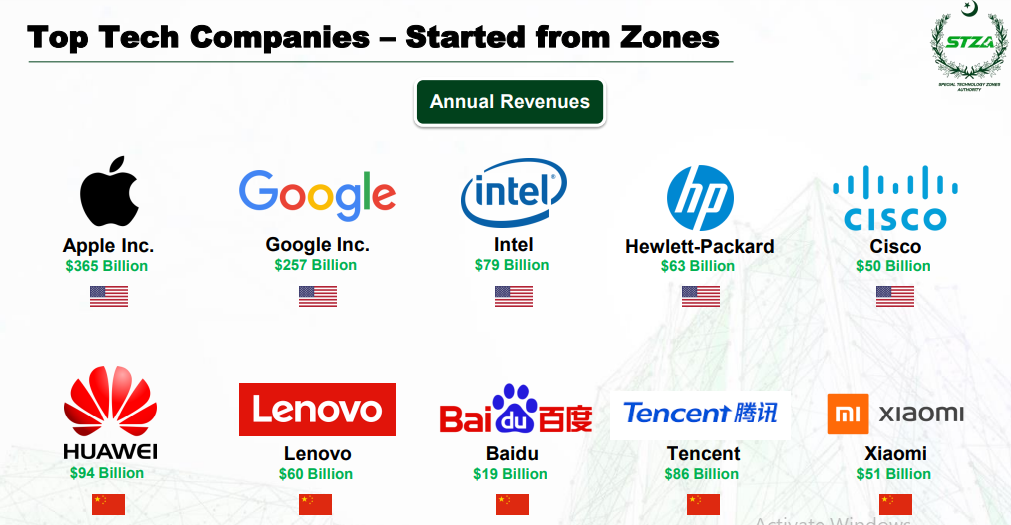 Current Projects of the STZA: 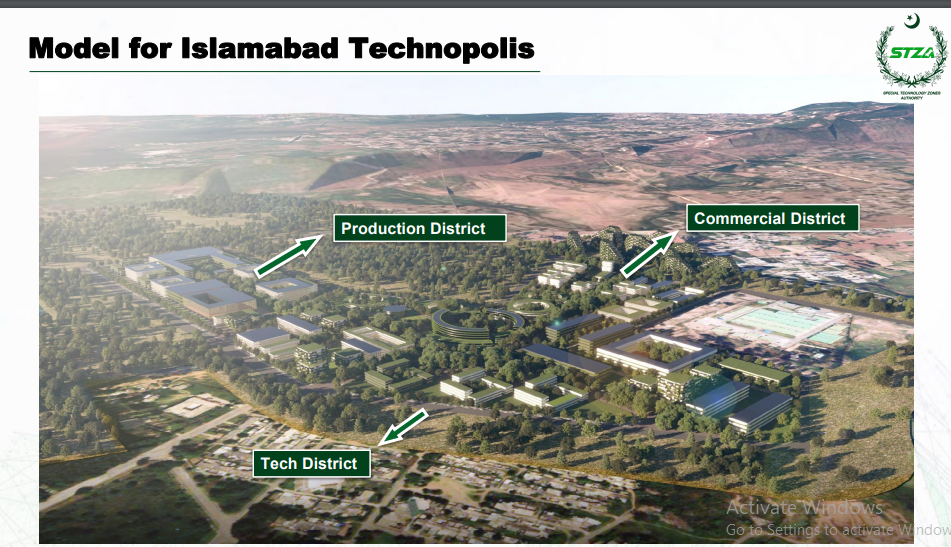 The Islamabad Technopolis, a 140-acre zone near Chak Shehzad, Islamabad, was the first Technology Zone to be built by the authority. Technology firms, sophisticated technology production units, R&D centers, universities and training centers, and offices of science and technology support agencies will all be housed in the zone along with the support services.

The arrangements for ZE tenants in a key location in Islamabad have already been established because the operationalization of this zone would take some time due to trunk infrastructure expansion. ZEs working in fields including Artificial Intelligence, Financial Technologies, Electronics Design, Venture Capital management and deployment will be housed in a 300,000 sq ft skyscraper in Islamabad’s blue area. 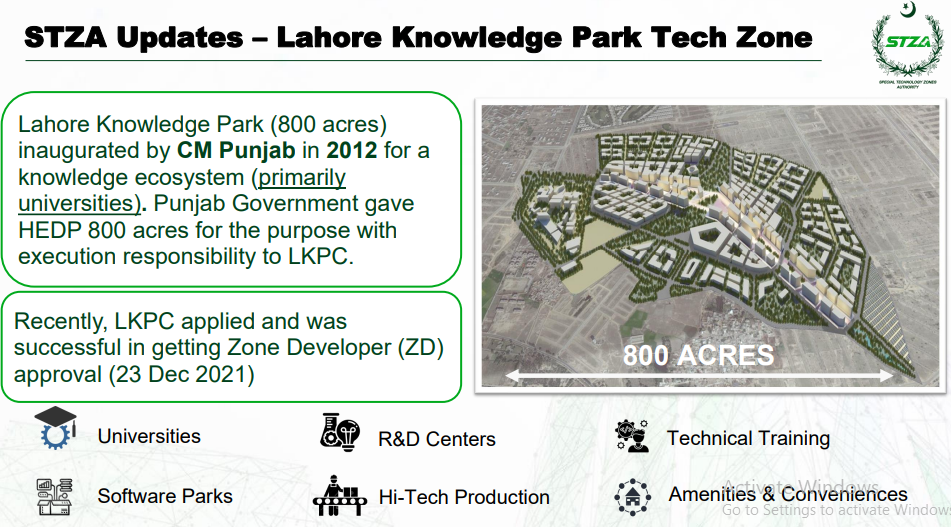 Lahore Technopolis in Lahore, Pakistan Digital City in Haripur, and the Pak-Austria Fachhochschule Institute of Applied Sciences and Technology (PAF-IAST) in Haripur are among the other STZs announced. This is a game-changing opportunity for many S&T universities to turn their research and development toward technology transfer and commercialization. Aside from these five zones, more than a dozen others are being considered in different provinces of the country. 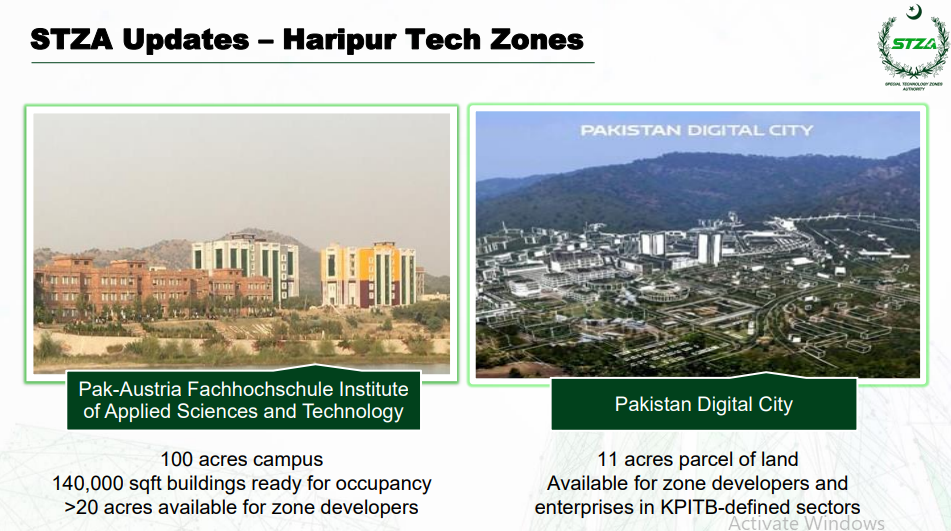 STZA has actively attracted firms from the United States as a result of the President’s initiative to engage the Pakistani diaspora abroad. Several agreements with Chinese organizations like the Zhongguancun Belt and Road Industrial Promotion Association (ZBRA) and Z-Park have eased the way for Chinese technology companies to come to Pakistan. Similarly, the MoU with Skolkovo Technology Park will attract Russian technology companies as well. All these developments indicate a critical turning point in the country’s scientific and technological progress. The impact of the STZA plan will become obvious as the nationwide deployment of zones continues and technology businesses begin to enter and operate from the zones. This impact will not be limited to a single technological vertical or a single issue but will extend throughout the entire technology spectrum.

Check out? Minister Highlights the Importance of Youth in Pakistan&#8217;s Technological Prowess