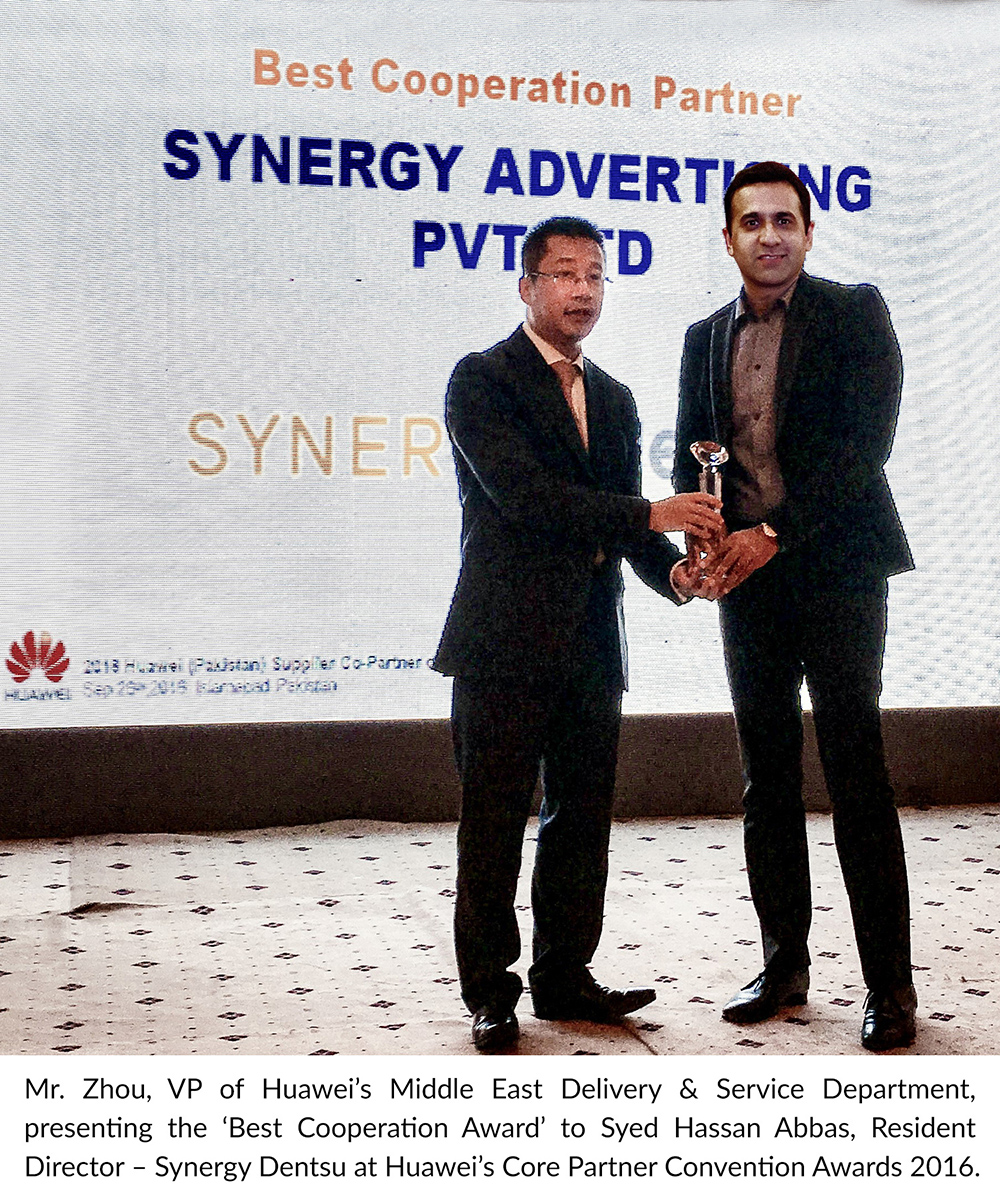 The one day event consisted of a conference addressing key updates across the Huawei business. Including a future roadmap for the coming year and areas for improvement. The event then concluded with the award ceremony for Huawei’s partner agencies. Syed Hassan Abbas, Resident Director, Synergy Dentsu attended the event. And collected the award on behalf of team Synergy Dentsu.

Upon receiving the award from Mr. Zhou, Vice President of Huawei’s Middle East Delivery & Service Department, Syed Hassan Abbas commended the efforts and creative prowess of his team in making Huawei Pakistan one of the best mobile brands in the country. He also expressed team Synergy Dentsu’s desire to continue serving Huawei and strengthening the partnership further.

Being Huawei’s creative partner, Synergy Dentsu has developed and executed various campaigns for the brand’s products i.e. ‘A Smart Choice’ for Ascend Y520, ‘Live to the Beat of Your Heart’ for Ascend Y625, ‘Always in the Picture’ for Honor 4C, amongst several digital campaigns as well.