Specifications and results of TCL 20 5G were leaked online. The new TCL smartphone, the model number T781, is reportedly in progress. The TCL 20 5G branding is the phone that was first introduced in April to succeed TCL 10 5G. However, the leaked specs show that it could be a low medium-scale model, which could only follow up on TCL Plex, introduced at the IFA in Berlin last year. New smartphone is speculated to have three rear cameras using a hole-punch display.

The design and renders devices of TCL-20 5G were posted by Tipster Evan Blass in a Voice. The phone could arrive at the beginning of the next year. But on its launch date, there is no word. Also, the latest model has not yet been confirmed by TCL officially. 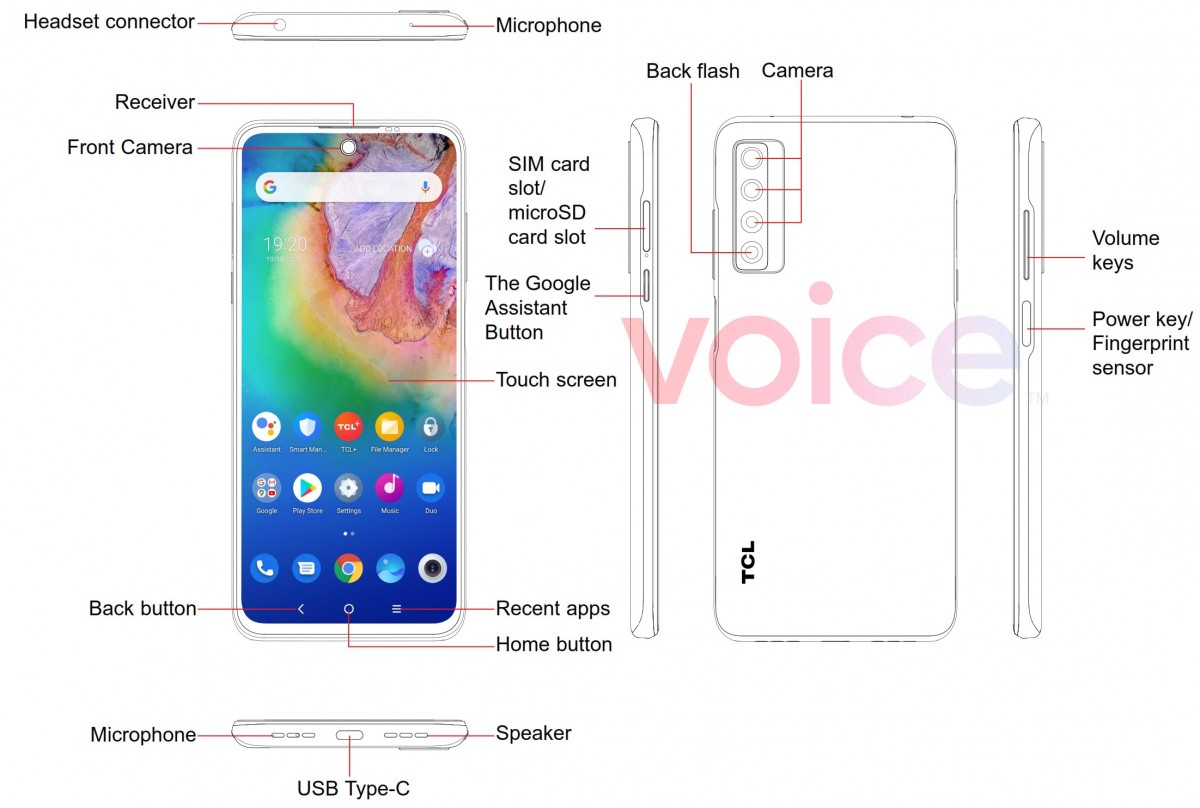 A fully-HD+6.67-inch TCL 20 5G (1.080×2.400 pixels), centrally aligned selfie camera with an aspect ratio of 20:9 will be displayed. The mobile has a Qualcomm Snapdragon 690 soC octa-core combined with a RAM of 6GB under the hood. A 48-megapixel main sensor, along with an 8-megapixel ultra-wide shooter and a 2-megapixel macro-shooter, is given for a triple rear camera setting.

For selfies, an 8-megapixel snapper is offered on the front. In addition to supporting the microSD card, the TCL would be available as a leak capacity version of 128GB or 256GB on TCL 20 5G. A USB Type-C port and a 3.5mm, headphone jack are both anticipated on the phone. A special Google Assistant button and a fingerprint sensor are also available. A 4,500mAh battery can be attached to your phone.

The leaks show a gradient finish on the back of the device. The phone seems to have slim bezels and a broad chin underneath the screen.

You also may be interested in: TCL Pakistan comes on board as co-sponsor for Daraz 11.11 Sale 2020