The next-gen Mini-LED technological advancement is OD Zero. In this technology, the distance between the backlight and the LCD layer in TV refers to OD Zero or Optical Depth Zero. While LED TVs usually have a 20 mm to 30 mm gap between the two panels, TCL introduced  “zero distance” technology between the backlight and the screen first time in the TV industry. Thus despite the fact that it is a gigantic 85-inches screen, but smart mini LED has a thickness of 1cm, which makes it the thinnest smart TV. 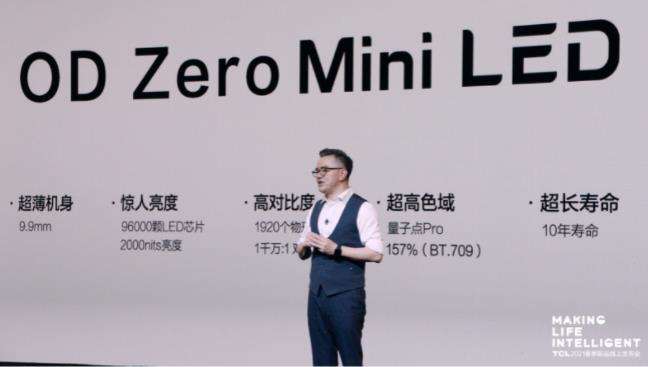 TCL X12 8K LED display is fitted with theater-level Onkyo 5.1.2 Hi-Fi, 8 channels, and 25 speakers, and a cavity of 7 liters is installed into the subwoofer system for the audio. Moreover the TCL X12 8K Mini LED Starlight Smart Screen has a 48-megapixel 3D ToF ToF camera, which detects air gestures more efficiently, enables the user to play and pause gestures, also a person’s viewing position and distance can be analyzed more accurately. Moreover, TV internal chipset and software technology have not been disclosed yet.

There is also no information on when the mini-LED will be available for sale. Initially, it will only be available in China at the price of $1536 (Approximately Rs. 241,000).