TECNO has amassed considerable appreciation in Pakistan’s market after the release of its latest SPARK GO (Full Review).

The phone became an overnight success and within no time, its demand exceeded its supply. This made the smartphone manufacturer come into notice of its biggest competitors and they now know that this is the dawn of cut-throat competition amongst smartphone brands.

Here’s the video review of the Tecno Spark Go

TECNO entered Pakistan’s market two years before and within the shortest span of time, the company became popular amongst the users. TECNO has created quite a stir in the mobile market with the release of the teaser of its upcoming smartphone.

The upcoming phone has literally become the talk of the town. Users across social media have been asking anxiously about the launch date of the phone.

A lot of rumors are already speculating that the upcoming phone will be an improved version of SPARK GO. The smartphone manufacturers have ensured that the phone is superior in three areas i.e Storage capacity, screen and battery. 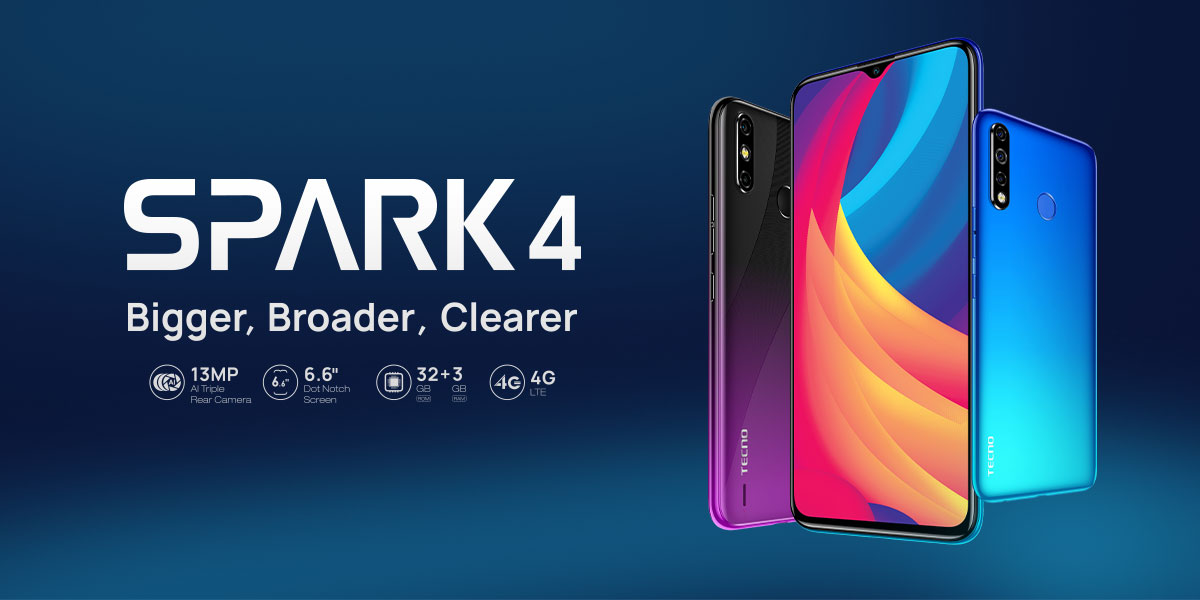 Some reports suggested that SPARK 4 is going to feature a mega 6.6-inch dot notch screen, triple camera set up, powered with 4000 mAh battery and having 3GB+32GB big memory.

A lot of users are asking about the price of TECNO SPARK 4 on social media. Price is still not confirmed. But there have been speculations by tech influencers regarding the price. The features of the phone are suggesting that this mid-range is going to definitely be the game changer for TECNO in terms of capturing major chunk of market share.

TECNO is winning when it comes to understanding the needs of the users and then designing smartphones in every category, catering to every need. This is how we know that TECNO is here to stay for long.