The Camon 18 Series includes the Tecno Camon 18 Premier, the Camon 18, and the Camon 18T. On November 29, the three will arrive in Pakistan. This announcement will be followed by a brief pre-order window. Unsurprisingly, Tecno has designed the current Camon series with photography in mind. The Camon 18 Premier is the series’ most expensive phone.

Tecno generally caters to the lower end of the market. However, this once-exclusively inexpensive brand is now fighting with the big dogs this year. First, there was the Phantom X series, and then there was the Camon 18 line. The Tecno Camon 18 series is now available in Pakistan. We have the launch schedule to share with you. 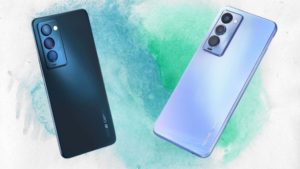 Its main camera has a large f/1.6 aperture. Along with this wide lens, there’s a 12MP ultrawide camera that is stabilized with micro gimbal technology. As a result, it’s ideal for stable, shake-free video and low-light photos. To top it off, there’s a powerful periscope-telephoto camera with 5x optical zoom. Furthermore, the 32MP front-facing camera offers a wider field of vision than its predecessors.

The screen comes up to the expectations as well. It has a 6.7″ AMOLED display with a 120Hz refresh rate and a 1080P resolution, as well as an O-hole cutout. 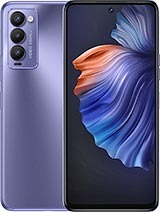 This smartphone has a 4750 mAh battery fast charges over 33W. This phone comes up with 8GB of memory and 256GB of internal storage and is powered by MediaTek Helio G96 chipset.

The Tecno Camon 18’s camera arrangement is basic, with one 48MP wide camera and two 2MP sensors rounding out the total. In relation to Its 6.8-inch screen refreshes at 90Hz, although the display is IPS LCD.

Storage and memory are cut in half to 128GB and 4GB, respectively. The front-facing camera’s resolution of 16MP is also impressive. The 5000 mAh battery’s charging speed is limited to 18W.

The Tecno Camon 18T camera is the most affordable of the three. Its camera cluster consists of one 48MP wide lens and two sticker lenses. A 48MP front-facing camera may be found on the device. The LCD panel, although being 1080P, does not have a fast refresh rate. The battery, charging, and memory specifications are the same as the normal Camon 18.