Different smartphone brands in Pakistan are making an effort to deliver a budget-friendly phone. TECNO has taken the liberty to smash the budget category phone. The firm has delivered utmost customer satisfaction within a short span of time in Pakistan.

TECNO has landed the Camon 12 in the market. It’s a flagship phone variant that was expected to have a high price. Fortunately, TECNO excited its fans as the phone had an economical price range of PKR 19,999. Similarly, Camon 15, the night photography king smartphone, broke records as it made 3.4 Million successful sales orders within just two hours of its launch. It is priced at just PKR 21,999.

TECNO was not lagging behind the gaming arena. It introduced the Pouvior 4 series. This smartphone series is equipped with a 6000 mAH battery, along with a powerful processor to give the top of the line gaming experience. The Pouvoir 4 is for PKR 16,999 whereas Pouvoir 4 Pro is around PKR 21,999. But the “Real Gaming Phone” was yet to come as TECNO POVA. It has a powerhouse of a processor and it is priced at PKR 24,999.

The smartphone brand has been exciting its fans with amazing products in Pakistan. When Spark 5 made its way into the market, it was the First Budget phone that had not only 5 cameras but also an economical price of just PKR 18,999. Next came along the Spark 5 Pro. It attracted fans with the TikTok campaign of #GiveMe5withSpark5. This smartphone was for PKR 21,499. Another Hot selling variant of the year 2020 was the Spark 6. It was launched at a price of around PKR 20,599. 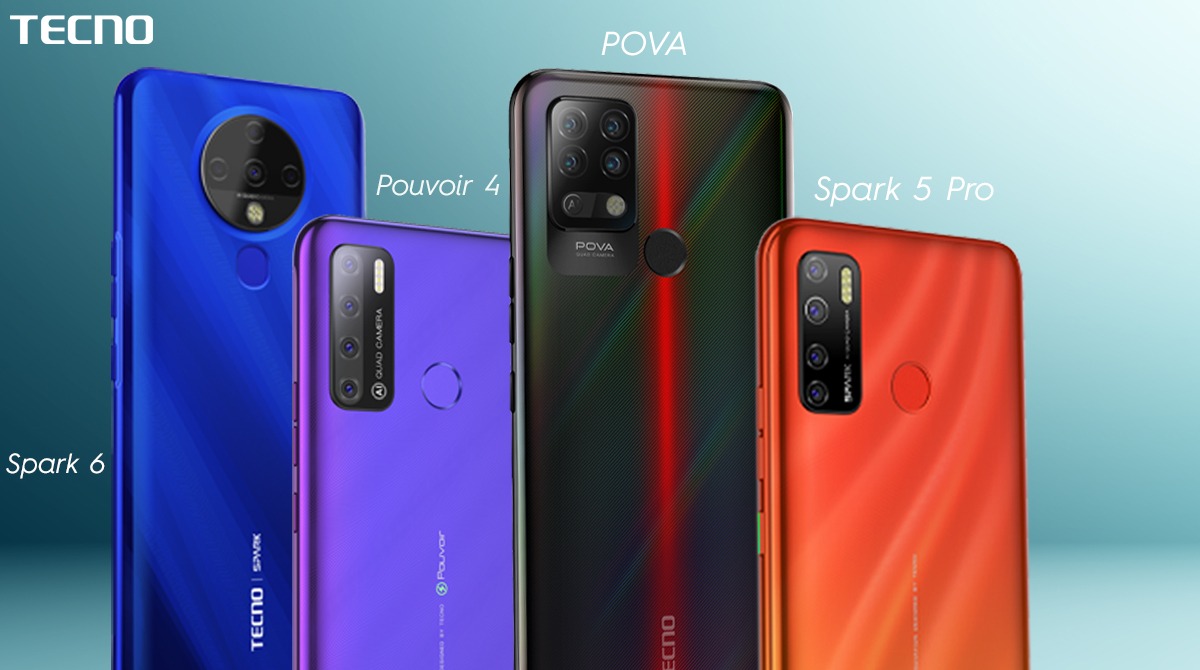 The best was yet to come from TECNO with the launch of Camon16. The Camon 16 smartphone came to the market with flagship-like features. This ‘Photography King Phone’ was a delight for the customers as it had ultra-clear night photography experience. With the grace of TAIVOS camera technology, Camon 16 became the apex photography smartphone in Pakistan. It is available for PKR 36,999. It little version Camon 16 SE is available for PKR 26,999.

Due to its versatile success, TECNO has smashed the budget category phones for the year 2020. The smartphone delivered quality all together to its customers. Its pocket-friendly phones excited users all over Pakistan. Let’s see what more efforts the brand makes in the future.