[dropcap2]T[/dropcap2] elecom operators in Pakistan are likely to lose Rs. 35 billion per year in revenue due to ban on sale of new SIMs through retailers network as government has allowed the sale of the new connections only through company-owned service centres and franchises, reported Dawn News.

Citing a source in Pakistan Telecommunication Authority, the paper reported that new sales fell by 75 percent, which translated into Rs. 4 billion as loss in revenues for five cellular operators in last two months.

Additionally, the government earned 29 percent less revenues during the reported duration as compared to the same period last year.

If this trend goes on, the five operators may lose Rs. 35 billion in 2013 or around 10 percent of their revenues, and the government will collect Rs. 10.5 billion lesser in taxes. The cellular telecom industry was generating Rs. 30 billion revenue per month before the issuance of the PTA directive aimed at curbing terrorism. 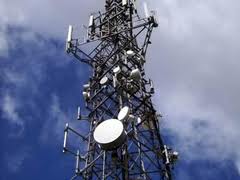 Other than this, forced network outages has caused all five cellular companies a combined revenue loss of Rs. 3 billion till now. Government had to lose Rs. 900 million on the account of service closures.

Telecom industry is fearing that revenue loss due to forced network outages may grow big in coming days as cellular services are silenced during all national and religious occasions, which are usually the busiest and best paying days for the telecom sector.

Pakistan Government, and especially the Ministry of Interior had kept a keen focus on telecom sector in recent months to resolve the issue of terrorism. It has taken multiple measures to tackle terrorism which have eventually caused huge losses to the industry and the government itself.