Pakistan received foreign direct investment (FDI) of $423.8 million in July-October, which is 47.1% higher than the FDI received during the same four-month period of the preceding fiscal year.

[blockquote cite=””] According to data released by the State Bank of Pakistan (SBP), foreign direct investment increased by $135.7 million year-on-year in July-October, as it amounted to $288.1 million in the first four months of 2013-14.
[/blockquote] 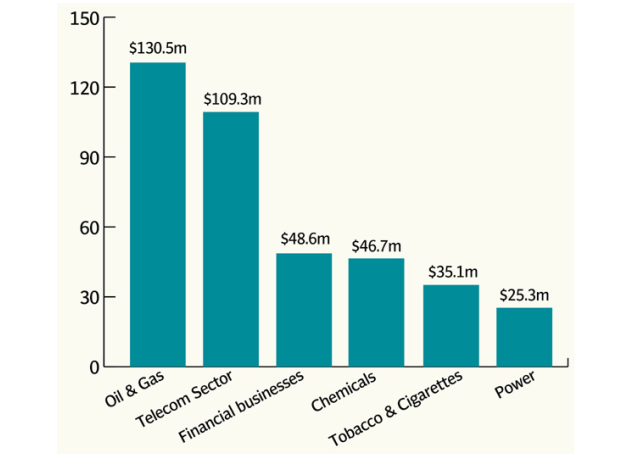 FDI remained $254.3 million in October, up 208% from the preceding month. FDI in 2013-14 clocked up at $1.63 billion after increasing by 11.99% on an annual basis. The increase during the last fiscal year was mainly on the back of the auction of the telecom spectrum that fetched the government $610.9 million in May.

Sectors of the economy that experienced a considerable net outflow of FDI in the first four months of the current fiscal year were pharmaceuticals (-$47 million) and cement (-$4.5 million).