Chief Guest of the ceremony, Dr. Khalid Maqbool Siddiqui while addressing, stated that USF has launched multiple projects for the socioeconomic uplift of people living in the unserved and underserved areas of Pakistan. In order to take this further, Ministry of IT is adopting an innovative approach to enable people of Pakistan to reap further benefits from the projects. He further said that Ministry of IT & Telecom will continue to work towards achieving the mission of broadband penetration across the country to facilitate the masses in rural areas. He further added that these projects would also open-up new horizons for the people and provide them e-commerce and a host of other services that they could not have imagined a few years back. He thanked both USF and Telenor.

Also speaking at the ceremony, Rizwan Mir, CEO-USF said that with the signing of these contracts in Balochistan and Sindh, Universal Service Fund has taken yet another step to provide High Speed broadband services to remote and underserved areas. He informed that Broadband coverage will be provided to 650 kms of road segments on N25 (Uthal-Quetta) and N65 (Quetta-Dera Allah Yar) and 451 kms of segments on N50 (Kuchlak to Sherani) & N70 (Qilla Saifullah to Rakhni). Moreover, mobile broadband coverage will be provided to 481 muzas in Dadu lot serving 1.2 Million Population and 964 mauzas serving 2.6 Million population in Hyderabad lot. He further added that USF enjoys great support from Ministry of IT and Telecom as well as the ICT industry in our common mission to aggressively work towards the vision of broadband for all citizens of Pakistan. He mentioned that USF was planning to launch several new broadband projects in the next few months including underserved areas in Khyber Pakhtunkhwa and Punjab such as Bahawalnagar, Tharparkar, Kurram, DG Khan, Sangarh, Muzzaffargarh with 3,176 mauzas in total and population of 7.94 Million people on the whole.

Sharing his views on the development, Irfan Wahab Khan, CEO Telenor Pakistan and Head of Telenor’s Emerging Asia Cluster, said, “Since inception, Telenor Pakistan has been driven by the ambition to empower Pakistan through enhanced connectivity that creates a positive impact through reduced inequalities and uplifts millions of lives. Our goals are well aligned with USF to spread the benefits of digital and cellular services across Pakistan and uplift under-served areas of the country. This new project will not only deliver better mobile and 3G/4G coverage on the national highways and motorways in Balochistan, but also ensure next-generation broadband service for sustainable development projects in Dadu & Hyderabad.”

Senior officials of the Ministry of IT, USF and Telenor were also present at the event. 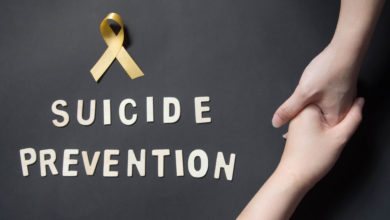