The First Firefox OS Phones Have Been Revealed

The very First batch of the smartphones running the HTML 5-based Firefox OS have been revealed.

GeekPhone’s Keon and Peak are Firefox OS-running smartphones that are specifically created with app designers and developers in mind. The backs of both phones are brandished with the words Firefox OS Developer Preview.

Specifications and Features are: 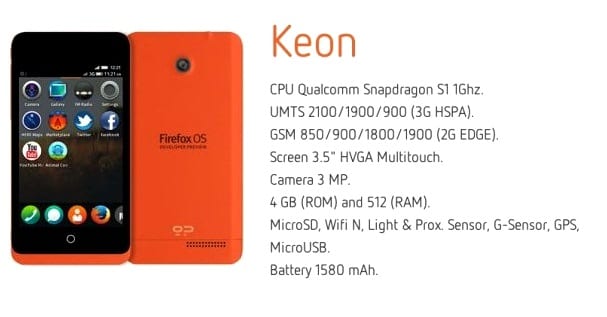 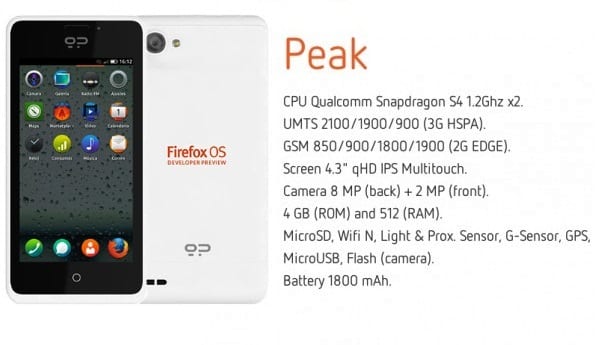 It is expected that both Firefox OS developer smartphones will be available in next month, but there is no word on the pricing of the phones. Though, judging from the specs, we can say that they shouldn’t cost too much.