The latest leaks revealed that Motorola’s popular and inexpensive G series of phones will be soon launch a G6, G6 Play and a G6 Plus. These three additional versions are expected to arrive in next month.

If you want budget Android phone with enough power and a no-compromise approach to software, then the Motorola’s G series is best for you.

The Moto G Series to Come in Next Month

key specs of Motorola’s upcoming G series smartphones have been leaked and we are going to share that with you in this post.

Specs of Moto G6 Plus: 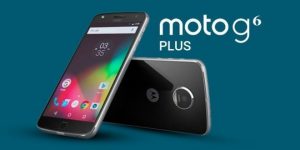 The Moto G6 Plus will have a 5.93-inch Max Vision IPS display with 1080 x 2160 Full HD+ resolution and 18:9 aspect ratio. The smartphone will power an octa-core Qualcomm Snapdragon 630 processor clocked at 2.2 GHz, coupled with 6GB of RAM and 64GB of internal storage. It will come with 4GB RAM and 32GB storage as well. The camera section will feature a dual-camera setup on the back and a 16MP selfie camera on the front. The power house will have a 3200mAh battery.

The Moto G6 Play will come with 5.7-inch Max Vision IPS display but with lower 720 x 1440 HD+ resolution. The handset will run on a quad-core Snapdragon processor clocked at 1.4 GHz. The Moto G6 Play will have 2GB of RAM and 16GB of built-in storage, which will be further expandable up to 256GB just because of a microSD card slot. This budget Android smartphone is to feature a 13MP rear camera and a 5MP selfie camera with an LED flash. G6 Play will have a huge 4000mAh capacity battery with 10W fast charging support. Rumored said that the Moto G6 Play will have a rear-mounted fingerprint sensor, water-repellent coating, and Dolby Audio support. 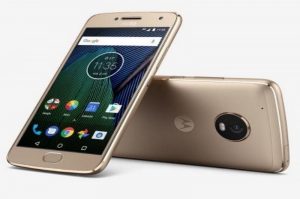 The Moto G6 budget smartphone will come with a 5.7-inch Max Vision IPS display featuring 1080 x 2160 Full HD+ resolution, and an 18:9 aspect ratio. Moto G6 will power an octa-core Snapdragon 450 processor clocked at 1.8 GHz, paired with an Adreno 506 GPU. It is expected that the handset will be available in two memory configurations – 3GB RAM + 32GB onboard storage and 4GB RAM + 64GB onboard storage. The phone will have a dual-camera setup at the back, however the exact resolution of the two sensors is not confirm yet. The front-facing camera will be an 8MP unit with an LED flash and Face unlock. The Moto G6 will have a 3000mAh capacity battery with TurboPower fast charging support. Moto G6 will also come with a multi-function fingerprint reader, a water-repellent coating, and smart voice control with Moto Voice.

It is expected that all the three smartphones will come with the Android Oreo OS.