We keep on getting different rumours regarding OnePlus 6T. Just recently we came to know that OnePlus 6T will come with an in-display fingerprint scanner. Yesterday we came to know that OnePlus fingerprint feature will be called screen Unlock along with OnePlus 6T Launch Date.  OnePlus also revealed that Screen Unlock would have an effect on the OnePlus 6T design and the daily lives of users. The smartphone company also gave photos of OnePlus 6T smartphone lock screen that shows the feature at the bottom of the device. This all was revealed yesterday.

Photos of OnePlus 6T: Fake images floating on the Internet

Today on Weibo, the photos of phone claiming to be OnePlus 6T became viral. However, they are not OnePlus images. Below is the official image of the Lock screen shared by the company (OPPO). The time, date and battery charge are the same in both photos. 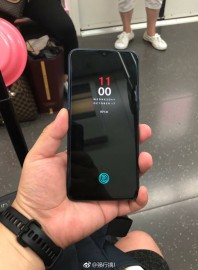 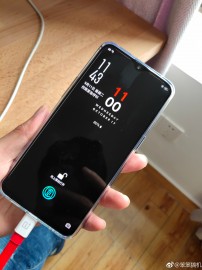 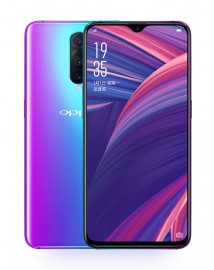 We can expect that this is Oppo R17 Pro with the OnePlus image used as a wallpaper. Even the clock is of Oppo Style in the top left of the screen.

Hence this is final that these are not the photos of OnePlus 6T but they are very close to it. Tough we can expect that the design of both devices will be somewhat similar.