With the ever growing technological reforms in the smartphone industry, phones are getting lighter and unique with time. All smartphone giants are trying to launch devices with larger displays, in order to do it they are eradicating certain things that used to be the part of phones previously. Just recently Vivo Apex 2019 phone was revealed and the different thing in it was the eradication of buttons and ports. Yes, this phone with no buttons and ports will be unveiled on January 24. Well, but there is something even bigger than this. Meizo is launching the World’s first Holeless Phone today.

Holeless Phone means that this phone will be without a selfie camera. It also means that the phone will have no USB port, no Headphone Jack and no openings into the phone’s body. It seems that the company wants to provide higher screen space to consumers. the Chinese manufacturer has also confirmed through the Weibo post that it will be live broadcasting the launch of the holeless phone at 2 PM (local time) today in China.

Here’s What Meizo announced on Weibo with English translation: 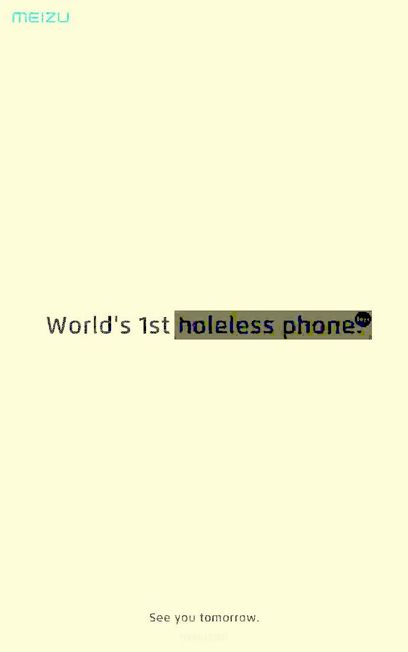 On the other hand, we have also come across the leaked picture of Meizo Holeless phone before its official launch: 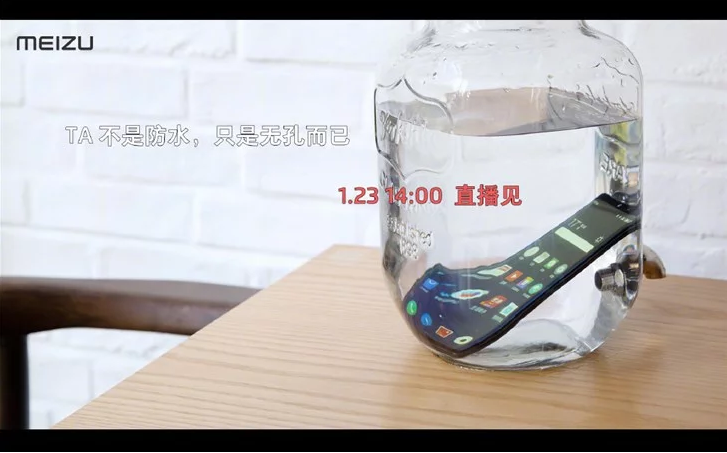 The image above shows Meizo holeless phone inside the jar. The phone is totally sunk in water which shows that the device will be waterproof.  The phone has no buttons on its right side and no port on its bottom can be seen.  The design of this holeless phone is asymmetric since it features a slightly thick top bezel while the remaining bezels appear very thin.

The exact name of World’s first holeless phone is not known yet. We will keep on updating our readers regarding the launch of devices.