The famous and the most loved app, WhatsApp keep on launching new features to facilitate users with the best. Most of the features are launched on high demands from users. This New Feature of WhatsApp is one of them. Now you will be able to watch videos on WhatsApp easily. Previously when someone used to send you video in the chat app, and you used to play it the small box appeared on the same chat box. It made things bit confusing; however, now things are going to be changed.

The new update will allow you to see the video clips in a separate pop up window that will remain alive whenever you are on the phone. The famous leaker WABetaInfo revealed this news.

This new feature will let the video be played on the window while WhatsApp will keep on running in the background. If you are done watching the video, you can close it by clicking on the ‘x’ button. 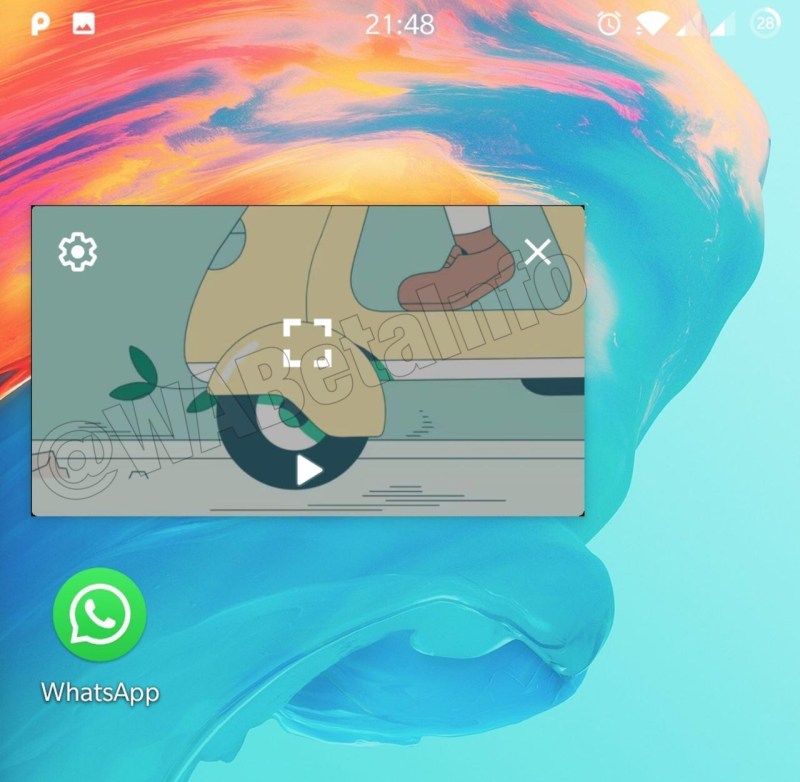 Will this feature be Loved by Users?

It’s a big yes. WhatsApp is getting better day by day. Some months back we couldn’t even watch videos in the app and when someone used to send us link of any video, YouTube used to be open. Later on the ability of watching videos inside the app was initiated but it was quite ambiguous and people always wanted a better solution. So definitely we are waiting to give warm welcome to this particular feature

Moreover, It is not the only update Android users are going to have, they will also get a new way to send images in order to avoid the embarrassing mistakes.

Currently, when you sent an image to someone it shows a small profile picture in the circle. Soon WhatsApp will add the name of the recipient at the bottom of the screen so that you can refrain from sending a photo to the wrong person.

Right now both the features are in the testing phase and may be rolled out by the end of this year. However, to avail some of the new features of WhatsApp, download WhatsApp beta version 2.19.177 for Android from Google play store.

In Other news, Wave Good Bye to WhatsApp for Windows Phone.

Now WhatsApp Beta Update will Save you From Sending Pictures to Wrong Contacts.