Gone are days when we used to be attracted by Foldable displays. Another innovation is coming in the smartphone market, which is even better than the devices that fold. Yes, LG is launching Rollable displays. Thought foldable and rollable devices are in rumours from long ago, but also the big brands like Samsung and Huawei are not able to make them reality until now. When Samsung, Huawei and Apple are still working on consolidating foldable displays, LG launching rollable displays was unexpected and strange for people until now when the company trademarked Name of LG Rollable Phone.

I also found it unusual until I found a post revealing that LG is trademarking names for its upcoming device. Among so many names suggested by LG, the Korean Intellectual Property Office has just approved the trademark of LG Rolling. It is not the first time that LG has filed trademarks, some month back it had filed a trademark with EUIPO. 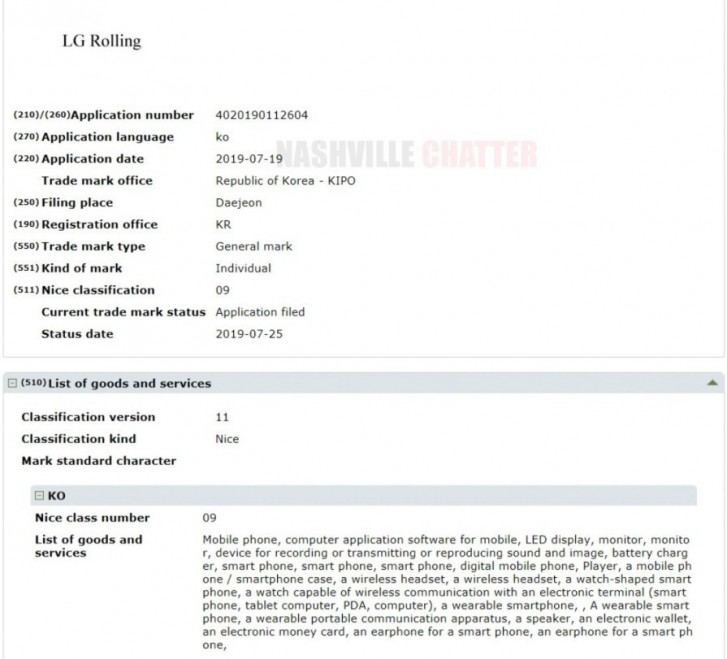 Other names suggested for LG Rolling are The Roll, Bi-Roll, Dual Roll, E Roll, Signature R, R Screen, R Canvas, Roll Canvas and Rotolo. Thought I do not like other names, let’s see what LG has planned for it. Moreover, LG Rolling is classified as Calls 9 in listings. Class 9 specifies devices such as monitors, smartphone and displays.

Although LG has already unveiled rollable TV, so rollable mobile will not be that much difficult for the company.