A few days back, three new OPPO smartphones appeared on TENAA listing. Now the company has announced the launch date of these smartphones. Three New OPPO Smartphones to Launch on October 10 with in-display Fingerprint Reader. 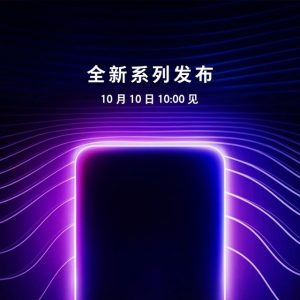 On TENAA, the three new OPPO smartphones have been listed as model numbers – PBCM30, PBCM10, and PBCT10. It is being speculated that all the three variants spotted at TENAA belong to a single handset. However, they will come in different configurations. According to the listing, their specifications are almost identical except the RAM and inbuilt storage.

Furthermore, the images spotted on TENAA does not show a fingerprint sensor on the smartphone. It means that the new Oppo phone will come with an in-display fingerprint sensor. However, it may rely entirely on facial recognition technology.