The speakers termed this initiative as a much needed one and stressed on the importance of safeguarding IPR for accelerating economic growth in the country.

The objective of the initiative is to hold a mobile application development competition on Intellectual Property Rights (IPR) with the aim to raise awareness among the general population of Pakistan – especially the nearly 80 percent of the population under 40 – about the importance of promoting and protecting creativity and innovation to spur economic growth.  TiE Islamabad will develop and run an app contest which targets Pakistan’s urban areas, IT sector, and Universities.  The contest will span a few months and require developers to create an app which, when rolled out, would be available free of charge for download in Pakistan.  Developers would be challenged to create an app which follows the themes of protecting IPR and promoting creativity and innovation.  The second part of the project would be an awareness campaign highlighting the new free app.

On this occasion, Mr. Murtaza Zaidi, Executive Director, TiE Islamabad, gave the opening remarks and highlighted the background of his organization. He said:

[pull_quote_center]“In the changing global scenario, the issues of IPR have gained special importance for the Micro, Small & Medium Enterprise sector. IPR protection plays a key role in gaining competitive advantage in terms of technological gains for achieving higher economic growth in a market driven economy. It is felt that IPR requires greater understanding and attention by the industry.”[/pull_quote_center]

Mr. Riaz Asher Siddique, Chairman SAMENA Telecom discussed the “IPR Challenges, Process and Plan” with the audience. He said that there will be an App development contest on IPR for which developers will be rewarded with cash prize plus facilitation to publish the Apps on rightful channels to generate revenue.

Chairman Pakistan Telecommunication Authority (PTA), Mr. Syed Ismail Shah appreciated TiE for organizing this event. He said PTA is trying its best to increase internet access to the larger population of the country. He stated that:

While discussing PTA’s future goals Dr. Shah said that PTA is looking forward to carry out new initiatives regarding education, health and women empowerment. He concluded that: 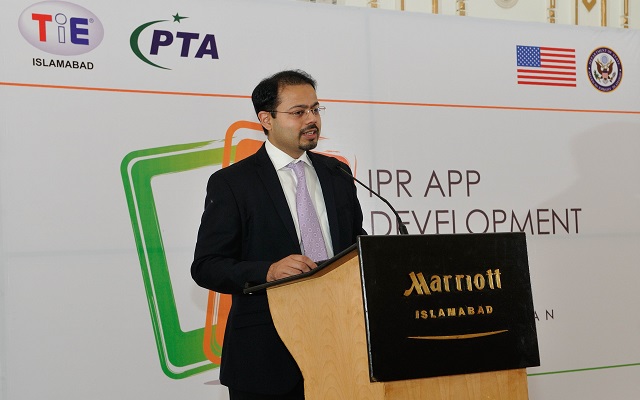 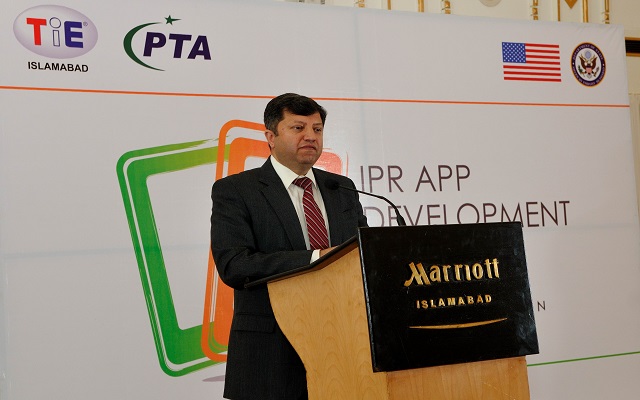 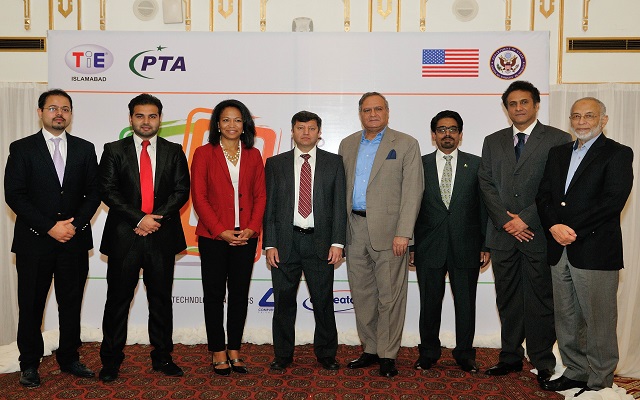