TikTok is the most popular social network today, ahead of Instagram and Twitter, but those in charge are well aware that they cannot rest on their laurels and must continue to improve their mobile app in order to maintain that privileged position, TikTok allows to Save and Upload 1080p Video in some Countries 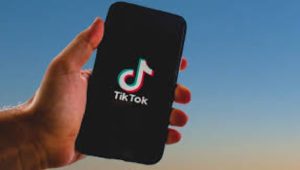 As a result, the short video social network TikTok recently announced a series of improvements to its mobile apps via its official blog, the most notable of which is that TikTok now allows uploading videos in 1080p resolution in some countries. 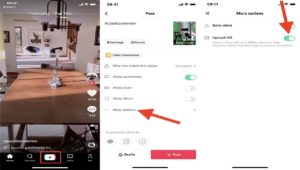 TikTok has released a slew of updates for its mobile apps, including higher resolution, new effects, and enhancements. TikTok will begin allowing users to upload videos in 1080p in select countries. Simply choose More Options while uploading the video, toggle the Upload HD button, and the video will be uploaded in 1080p. For the time being, the company has not specified which countries will benefit from this feature.

TikTok users can also enable the green screen effect on top of GIFs. Users can easily select from a variety of GIFS available through TikTok’s partner GIPHY, and then use the green screen effect to overlay a video on top of the GIF. A Visual Enhancement feature that improves the quality of images in a video with a single tap is also now available. On newly shot videos or those uploaded from the gallery, the feature performs basic changes such as exposure compensation, color correction, and low-light enhancement.

Voice Effects will use audio synthesis to transform any audio in a video into the sound of an animal or a musical instrument. By tapping the Voice button on the right panel of the Editing page, you can easily access the feature.