The Metaverse Standards Forum was founded by major technology firms such as Meta, Microsoft, and Epic Games (MSF). This organization is intended to develop open standards for all things, including virtual reality, augmented reality, and 3D technologies.

Over 30 firms have joined on, some of whom are experts in metaverse technology, such as Meta. Others include Nvidia, Unity (the makers of the famous gaming engine), Qualcomm, Sony, and even the World Wide Web Consortium itself (W3).

“The Forum will address where a lack of interoperability is holding down metaverse implementation and how the work of Standards Developing Organizations (SDOs) creating and evolving relevant standards may be coordinated and accelerated,” according to the official news release. The Forum, which is open to any organization at no cost, will focus on pragmatic, action-oriented projects such as implementation prototyping, hackathons, plugfests, and open-source tooling to accelerate metaverse standard testing and adoption, while also developing consistent terminology and deployment guidelines.”

To Overcome a Lack of Interoperability, the Metaverse Giants Set New Standards

This appears to suggest that many of the future metaverse technologies will offer some sort of interchange across firms. This does not imply that the metaverse will be the Internet 2.0, but it may enable users to share specific profiles or data across metaverse platforms. 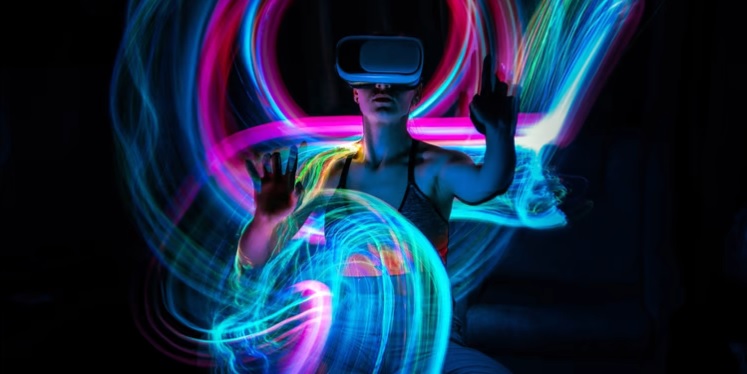 This is explicitly mentioned in the news release:

“The metaverse will bring together disparate technologies, necessitating a constellation of interoperability standards produced and maintained by multiple standards bodies,” said Khronos president Neil Trevett. “The Metaverse Standards Forum is a one-of-a-kind arena for collaboration between standards bodies and industry, with the purpose of encouraging pragmatic and timely standardization that will be required for an open and inclusive metaverse.”

Other standards groups, in addition to the W3, have joined the Forum, including the Open AR Cloud, Spatial Web Foundation, and Open Geospatial Consortium. As the metaverse is a developing field of technology, this lends a lot of weight and much-needed credibility to the organization.

Significant VR/AR players are glaringly absent at the time. Apple, which has already spent heavily on AR technology and is developing its own headgear, has yet to join the MSF. Niantic, the creator of the famous augmented reality game Pokemon Go, is also absent from the list. The protocol also notes that the Roblox Corporation, the creators of the immensely popular Roblox game, has declined to join for the time being.

While not a “metaverse” in the traditional sense, Roblox in particular has been able to build an immersive 3D environment in which individuals may develop complete games.

However, because the MSF is still in its early stages, the exclusion of Apple, Niantic, and Roblox is not a certain conclusion. The good news is that the majority of the big participants in metaverse technology have agreed to produce some form of unifying standard to make development considerably easier. Avatars, privacy and identity management, and financial transactions were among the technologies mentioned in the news release. The Metaverse Standards Forum is set to convene for the first time next month.