Tesla CEO Elon Musk said that in an effort to overcome the global chip shortage Tesla is trying to manage it by rewriting its vehicle software to support alternative chips. When the demand for new cars was at peak the chip shortage has turned the auto industry upside down, resulting in the shutdown of factories, longer wait times, and increased prices. Elon Musk further added that they were successful in substituting the alternative chips in a matter of weeks, and it was not just swapping the chips; rewriting of the software was also done. Drastic times demands drastic measures, to survive Tesla rewrote its own software.

Tesla was able to maintain high levels of production with the alternate chips and has delivered over 200,000 vehicles to customers in the last three months, the company said. Tesla generated $11.9 billion in revenue in the quarter, including $1.1 billion in profit.

With demand for cars at an all-time high, Tesla was not alone in feeling the effects of the global shortage. Around the world all automakers were effected by the shortage of chips production constraint. Due to the shortage of chips Daimler and BMW said they were forced to shutdown some of their assembly lines, effecting the companies’ output by tens of thousands of vehicles. 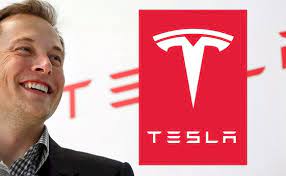 The resolution of global semiconductor chip shortage will effect many automobile companies and the Tesla’s future growth is dependent on it Elon Musk said. After the alternative chips the situation of global chip shortage is still very serious, he further added. For the remaining part of this year, Tesla’s growth rate will be determined by the slowest part of their supply chain, which includes the wide range of chips used in Tesla’s vehicles.

There is a great dependency of the Tesla cars on the chips; from powering everything from its airbags to the modules that control the vehicles’ seatbelts all are dependent on the chip functioning properly. This now means Tesla is missing components that are essential for the vehicle’s safety features.

Musk said that they can not ship a car without airbags and seatbelts as the module that controls them can not work without a chip. Elon Musk seemed quite uncertain about the future of the semiconductors supply and said that it does seem like it’s getting better, but again it is very hard to predict.