Starting a startup or business has always been a difficult task as it requires effort and investment. Without enough investment a startup will not be able to attract enough capital. Venture capital, the money offered by capitalists to startup firms and small businesses is often believed as an incentive for “good capital”. Because it shows investment for long term growth.

Venture Capital has the ability to support innovation and long-term investment. But all the industries don’t manage to make the best out of it.

A recent report from Martin Prosperity Institute indicates that venture capital is eminently concentrated by industry. Internationally, the United States is leading the way when its comes to venture capital investment. It has invested an estimate of $58.8 billion in 2015.

Top 10 Industries Attracting the Most Venture Capital in the US

According to the report the top 10 industries that are getting the most venture capital investment are as follows:

Also Read: Pakistan is One of the Asia’s Fastest Internet Growing Markets: Survey 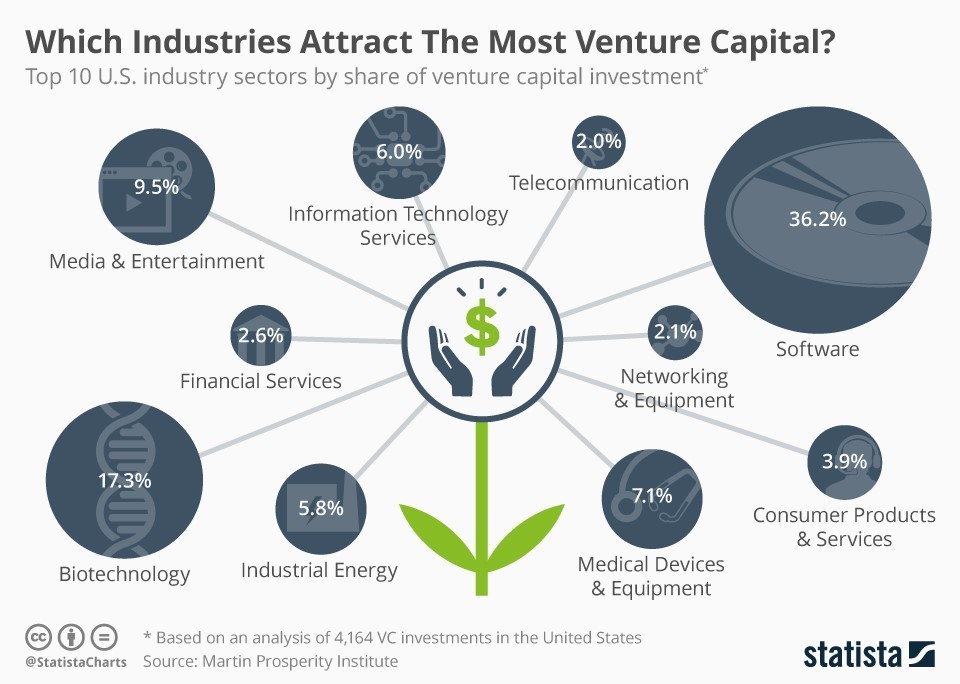 According to the above chart Software investment accounts for 36.2% of US VC funding. Whereas biotechnology comes second with 17.3%. Media and entertainment is placed at third position with 9.5% VC funding.

Others include information technology services, medical devices and equipment and industrial energy. While financial services, consumer products and telecommunications come at the lower level of investment. These don’t get much Venture Capital in the US.

The 10 Most Valuable Start-Ups in the World

With the onset of the Fourth Industrial Revolution announcing an ever-greater use of technology, it is not surprising that most of the VC investment share goes to software companies.

Also Read: Why Pakistan is Best Destination for Software Outsourcing?

During the second quarter of 2016, the value of VC investments in the US software industry reached to almost $8.74 billion dollars. 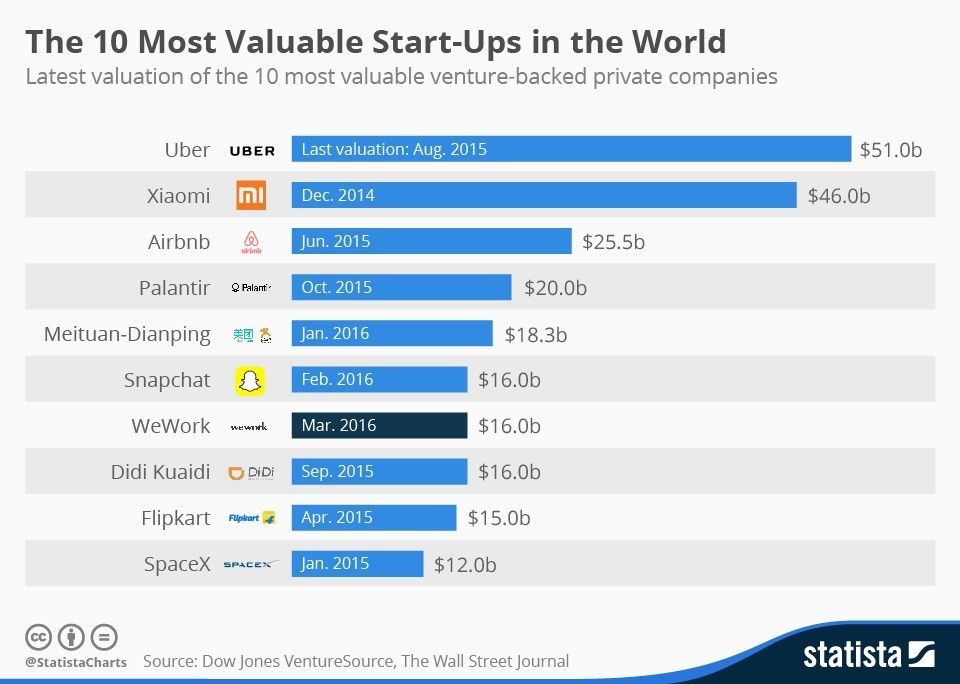 Phone-based apps are some of the most valuable start-ups in the world with many using VC funding to facilitate global amplification.

Huawei Nova 9: Expected to Come this Year in Q3