Social media has become the other side source of popularity among masses these days. As the new technology trend knocks at our gadgets now and then, we get to know a lot of things we have never experienced before. Social media is the one is one powerful source, which can take your voice, actions, and lifestyle to the audience. Let’s see who market another million among top Pakistani actresses in 2019.

When we talk about celebrities and famous public figures and their lifestyle, we get a pop up in our head to roll out on their Instagram pages to check what they do in their routine. For celebrities, this social media platform is a valuable source for attracting fans and followers when they post their pictures, videos, and any pictorial stories. Times are gone when fans used to wait in line to meet celebrities and talk, but with this magical tool, you can go live and interact with your fans directly.

Not only fans but the brands have come forward and ditched traditional marketing strategies. It becomes easier to endorse different brands through social media. Brands approach celebrities and famous public figures to endorse their brands by posting on their social media pages. Not only international celebrities but Pakistani celebrities came at the forefront and made the best utilization of Instagram. Especially our Pakistani actresses are ruling millions of hearts and having a huge number of following.

Joining showbiz has never been an easy task in Pakistan. Many challenges one has to suffer from the hands of those who control and govern the country’s showbiz world. 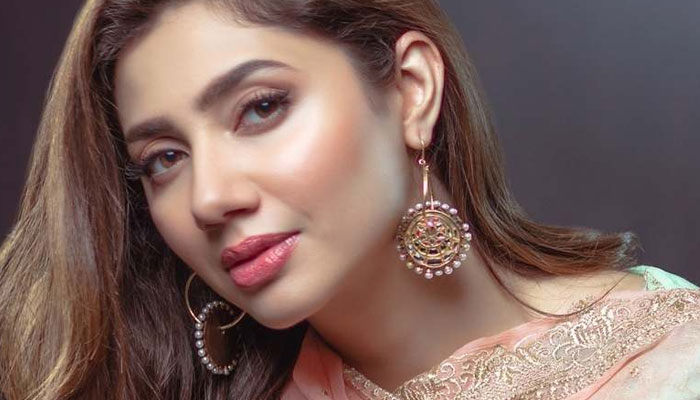 From VJ to an ultimate superstar of Pakistan, Mahira Khan has achieved so much in a little time. She has been the brand ambassador or L’Oreal Paris from Pakistan and globally where she has represented Pakistan. Also, she stunned millions of hearts with her immaculate beauty in black long dress at Cannes along with Sonam Kapoor and Aishwarya rai from India. Mahira Khan has also added another feather to her cap in 2019 as she was honored by the Distinctive International Arab Festivals Awards (DIAFA) for her contribution to the film industry.

Mahira Khan is one of those actors that a few years ago wasn’t even too successful on Instagram. She is one among the top Pakistani actresses someone who doesn’t work very hard to get people to follow her. 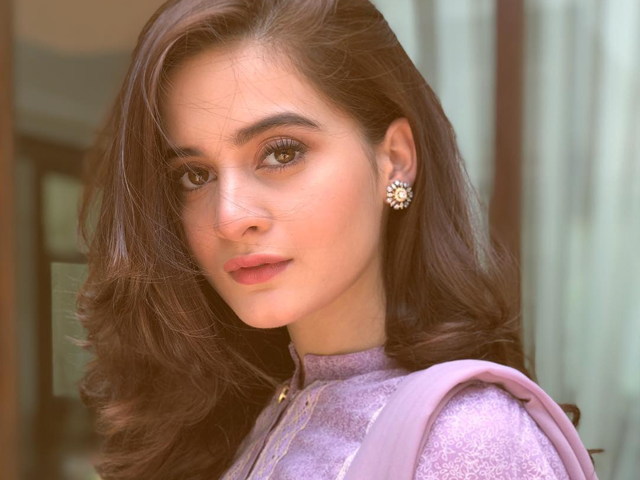 A young Pakistani TV actress who made her debut in 2012 with her first drama serial ‘ Mohabbat Bhaar Mai Jaye ‘. At such a young age, Aiman Khan rocked the chart with the second most number of followers on Instagram among other Pakistani actresses. Fans love her, because of her beauty, cuteness, simple lifestyle and generous attitude. Though her career level is not that vast as other actresses have currently, however, she kept her fans connected through her Instagram page and became an Insta queen in Pakistan.

After her marriage with a Pakistan actor Muneeb Butt, it enriched her page with a more celebrity lifestyle. Aiman Khan is a star who at a young age is enjoying such success that most stars can only dream of and quite close to Mahira Khan in terms of following. 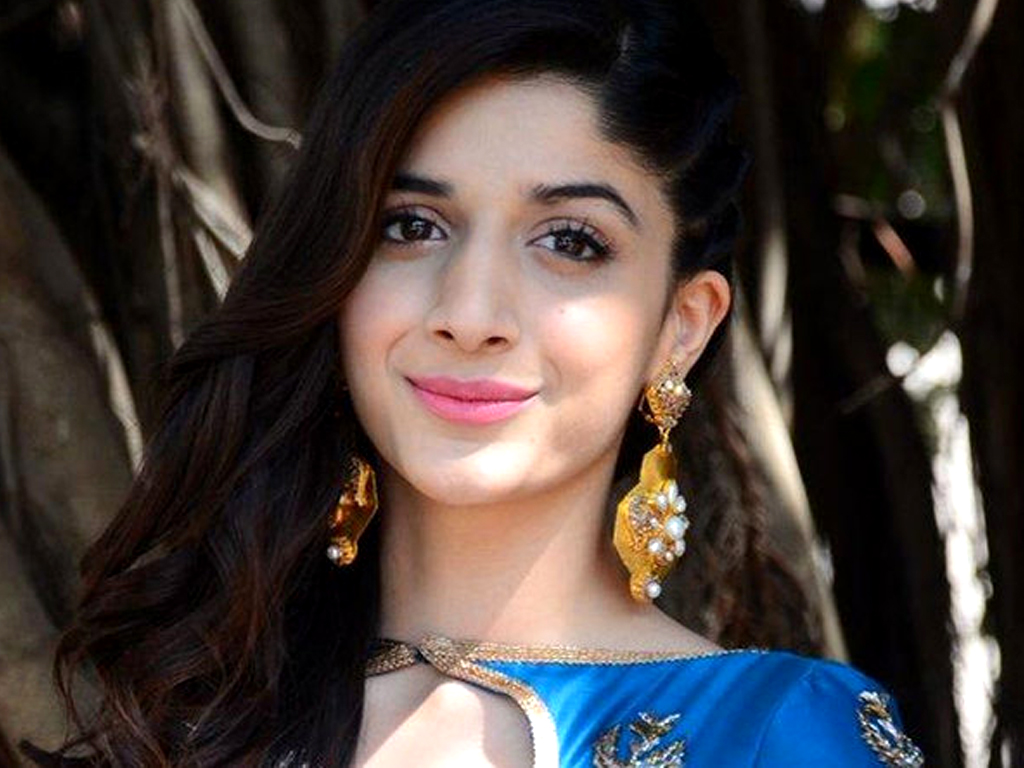 An IG feed for this cutie is a combination of family, work, and fun. Mawra Hocane rocked the TV and recently film industry not only in Pakistan but had a film for Bollywood. She attracted a large number of followers with her fun and family posts where she talks sense. She is known for speaking out loud for injustice and other social issues around her. The social media queen is famous for her beautiful ‘Selfies’. Recently has launched her apparel label for young girls in collaboration with her sister actress ‘Urwa Hocane’ with the name UxM. 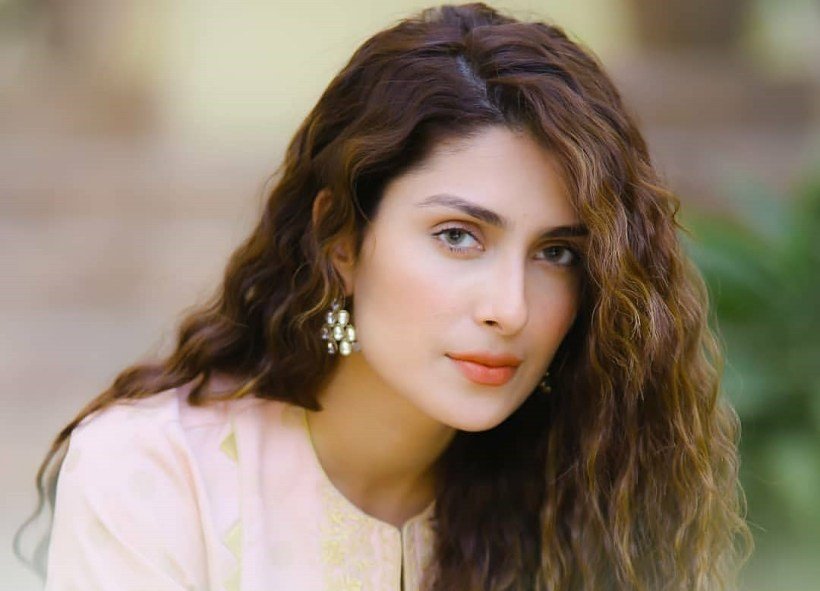 ‘Meray Pass Tum Ho’ sensation Ayeza Khan makes it 4 Million in a quick span and we are in awe of this. Though Ayeza has never been to the top actress category for long, this ARY drama serial has opened so many locked doors for her future career. She has been the part of the top TV dramas, however, she later failed to win the awards most of the time due to cutthroat competition with other actresses like Mahira Khan, Saba Qamar and Iqra Aziz.

She keeps her ethereal look with both western and eastern look on her Instagram page to her fans connected. As a celebrity couple, her insta page becomes more colorful yet glamorous with she posts couple pics with Danish Taimoor and her adorable two kids. She usually posts about her work on her page, the ones she is currently doing and those she is planning to work on. 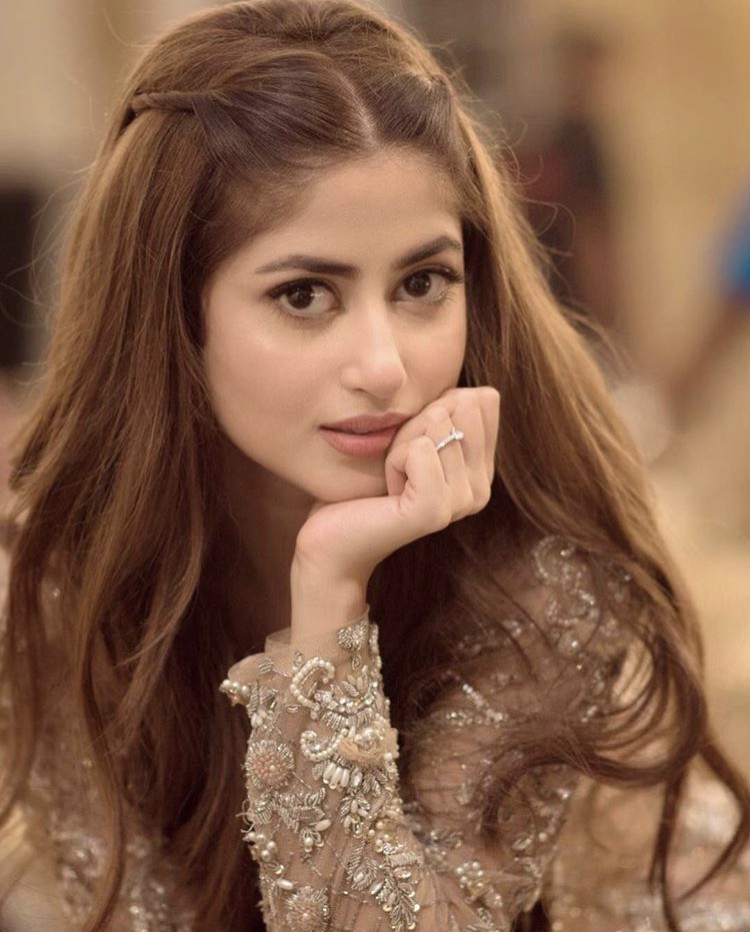 We become short of words when it comes to the acting skills of Sajal Aly. She is a natural-born actress Pakistan has ever produced. After her mother’s sad demise, she was out of touch for a while from the TV industry, but she made a strong come back when she signed a movie ‘MOM’ in India with late ‘Sridevi’. That movie was close to her heart as it reminds her of her mother.

If we talk about her phenomenal acting skills, it’s a tough bird to catch or prey. She has a command on her acting skills which makes her a strong yet powerful icon of Pakistan. She is extremely pretty, delicate and subtle in attitude. Soon to be a bride of actor Ahad Raza Mir. Rumors are their wedding ceremony will be held in Turkey. We wish both of them a good yet bright fortune. 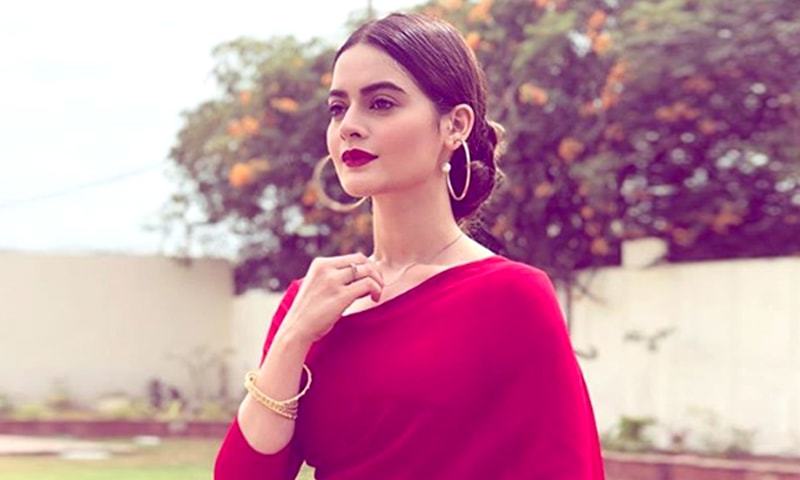 Well, we have seen a lot from sister duo in the media industry from Gigi and Bella Hadid to Kendal to Kylie Jenner, Mawra and Urwa Hocane. Many sister duos have ruled the industry together hands in hands. One of the other famous sister duos we know in Pakistan is Aiman and Minal. When we talk about Aiman, Minal needs no introduction as she is so connected to her that it seems almost the same.

These cute twins have been associated with the showbiz industry at a very young age. Though she both are still young these two have grown up in front of the viewer’s eyes. Although Minal Khan firmly believes that celebrities too have the right to private life, she is always keen to share her pictures with her followers on Instagram. 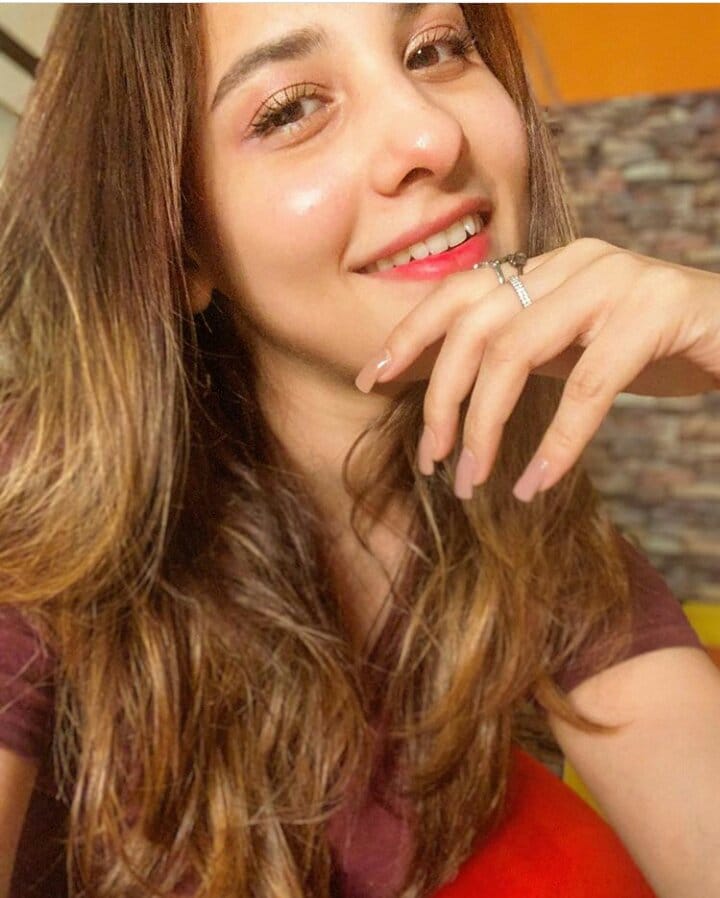 Recently revealed her friendship with Ex of TV actress Sarah khan, her fans have started showing more interest in her social media page. Lately, Agha Ali (Ex- of Sarah Khan) had surprised Hina with scenic floral and candles on her birthday, which intrigued many people, what’s cooking?

Hina Altaf is a quirky, bubbly and fitness freak who loves to talk about youth and their issues. She has also made her Youtube Channel where she wants to share a life of a common person besides being a celebrity. 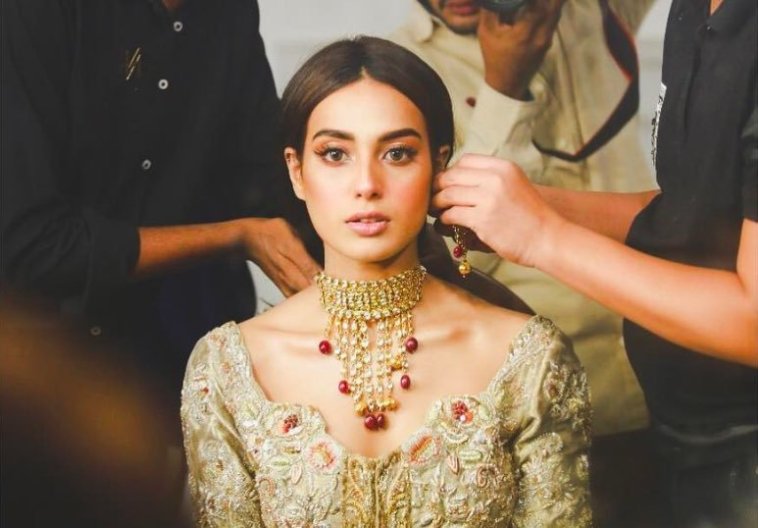 A newlywed and surely 3 awards winner and ‘Suno Chanda’ sensation had a phenomenal 2019. She won awards, she got married after Yasir Hussain kneel and proposed her in front of the fraternity on Lux Style Awards. Last year brought so many positives into her life.

Iqra Aziz is known for her bold, sharp and naughty characters in the dramas. Her famous serials ‘Suno Chanda’, ‘Ranjha Ranjha Kardi, had proven her acting skills to the people. People loved the way Iqra and Yasir lovingly showered each other and also sent out the news of a sweet simple wedding. The following by Iqra Aziz on Instagram is continuing to grow. 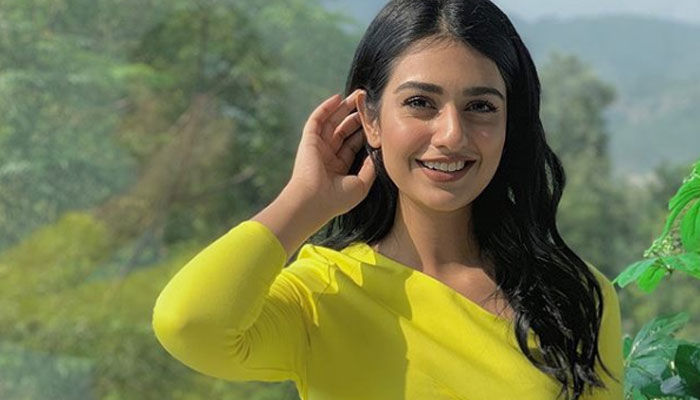 This ravishing silent beauty made her debut in 2012 in ‘Badi Appa’ on Hum TV. She has beauty with brains who keep a hawk-eye on her work and doesn’t interfere in someone else’s business. Lately, she has been in a real mess after breaking up Agha Ali and the rumors against her. It’s still vague, that what led their relationship to that sad point. 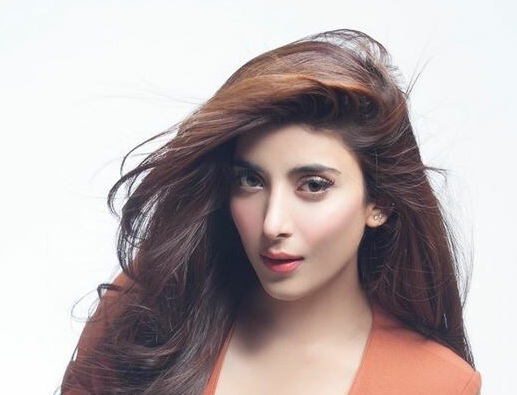 A proud sister of Mawra Hocane who has been an integral part of the Pakistan showbiz industry. Started her journey from VJ on ‘The Music’ channel from ARY digital. She has been into modeling and acting, but now she has also opened her wings in the direction and production side. She is hardworking, devoted and about to release her production film ‘Titch Button’ along with the support her husband who won millions of hearts in drama Suno Chanda ‘Farhan Saeed’.

The list never goes out of names as Pakistan has got so much talent. Not only these celebrities but Maya Ali, Saba Qamar, Hira Mani, Mehwish Hayat are among the top Pakistani actresses who have embraced achievements in their respective roles.