Now a days Social Media is acting as a bridge, helping people to connect and socialize. Upload a funny picture on social media, it will get viral in seconds on social media. As the year 2016 is going to end, we have decided to take a look back and enlist Top 5 Social Media Hits 2016 that Went Viral in Pakistan.

The internet has helped many zeros to become heroes in the past few years that we have lost count. Social media is a platform which will not let you forget any thing, good or bad, easily. The year 2016 remained the year of social media.

Arshad Khan (Chai Wala) is an example of miracles do happen. A media graduate, who has a hobby capturing Photos, clicked the beauty of Arshad Khan. She never expected that a random picture would become such a great hit. It definitely changed his life as he became model, getting international coverage from CNN, BBC, Al Jazeera and Mashable. He was a man whose only objective in life was selling tea. 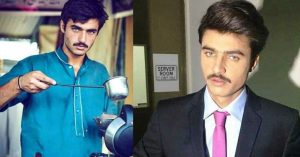 Man Mayal of a huge hit as far as dramas are concerned. The main reason for getting famous on social media was a character named Jeena who was an orphan. She kept on saying the same dialogue in almost every episode i.e; ‘mere tou maa baap b nahe hay‘. This dialogue went viral on social media creating a good topic to laugh on. 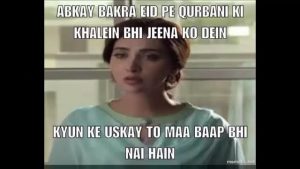 An engineer who became famous just by singing one song in Coke Studio. She sung Afreen Afreen with the king of Qawaali, Rahat Fateh Ali khan which was a big hit. Momina was further enlighten due to her graceful reply on Facebook when a man compared her to his maid. She now has 4 million follower on Facebook. 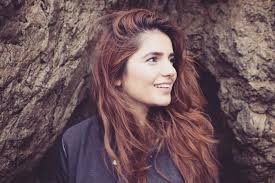 Sheikh Rasheed’s dabung entry at the PTI Rawalpindi rally left everyone in loads of laughter. He overcame all the hurdles and barriers to reach Committee Chowk on a motorbike. This became viral on media for many days. 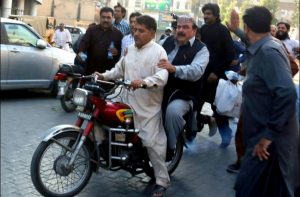 Loss of these three great people was a sudden shock for Pakistan. As a nation they lost true gems of their country. People gave tribute to them by sharing there pictures and videos on social media. Fans, young and old, celebrities and friends alike, shared the legend’s on social platform. 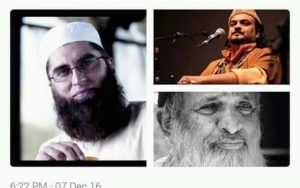