Twitter is collaborating with Shopify on an integration that will automatically update a seller’s Twitter profile page with direct links to the items they have for sale. Users who install the new Twitter add-on on Shopify may connect their Twitter accounts to the site and then begin building up a business on Twitter using the platform’s Shop Module.

The new add-on instantly loads a merchant’s Shopify items into Twitter, where they are displayed in a carousel on the Twitter profile. Users may scroll through or enlarge the carousel to view up to 50 goods; clicking on a product takes them to the merchant’s website for purchase.

Twitter Collaborate with Shopify help Sellers to Promote Their Products

Shop owners may also integrate their Shopify product inventory with Twitter by using the Twitter add-on. This should reduce the need for merchants to manually update each item when changing product data or when things come in and out of supply. 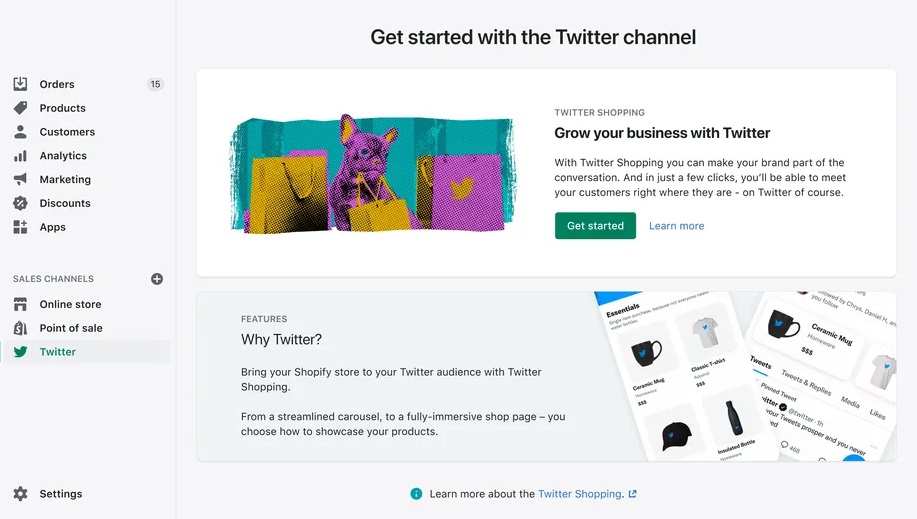 In addition to the cooperation with Shopify, Twitter announced that the beta of its Twitter Shops and Shop Spotlight – features that allow merchants to showcase items on their accounts is now open to all US-based firms. Previously, the functionalities were only offered to a small number of businesses.

While Twitter collaborated with Shopify on “purchase now” buttons that appeared within tweets in 2015, the product did not take off Twitter removed the feature in 2017. However, as Twitter continues to actively push out dedicated merchant capabilities and with a new owner looking for non-advertising revenue a Shopify integration begins to make more sense.