According to some latest reports, Twitter is soon going to introduce status tags, including emojis and new tags to the tweets. The new status feature is not a unique and a new feature. You have already encountered it on Facebook.  These are essential tags that are displayed right above a post, usually next to or just below a user’s name, and they consist of some fun exclamation with a relevant emoji.

Twitter Is Adding New Status Tags To Its Tweets

In simple words, if you remember the “Feeling Happy/ Feeling Sad/ Feeling Excited etc” tags on Facebook, Twitter is also trying to bring such feature on its own platform. The latest leaks have revealed some upcoming status tags that Twitter will add to its platform. It consists of text+ emoji. For instance “A Thread” is accompanied by a spool of thread as an emoji. There’s Spoiler Alert with a warning sign, Need Advice with a Magic 8 Ball, AMA with a mic, Shower Thoughts with, well, a shower, Hot Take with red pepper, Vacation Mode with a palm tree, and finally Unpopular Opinion with a mushroom. 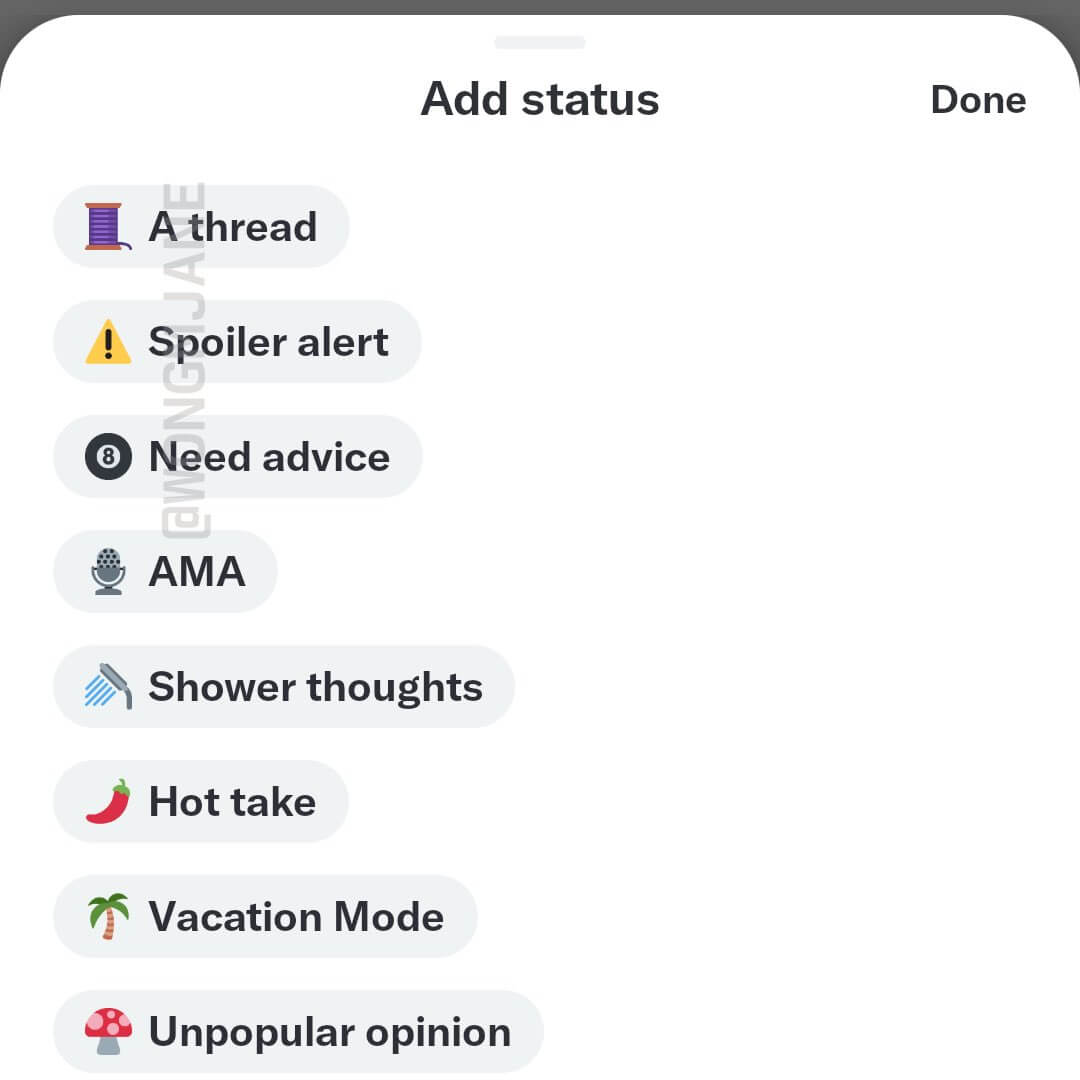 On the other hand, Twitter has added a new feature to make the app more enjoyable. Twitter has now added a chirping sound when users pull down their feeds to refresh. If you pull down, a windup trill plays, followed by a chirp when you let go, and the loading spinner disappears to make way for a refreshed feed.