According to the bird app’s replies, Twitter is reportedly working on two new features that could change how we respond to tweets. 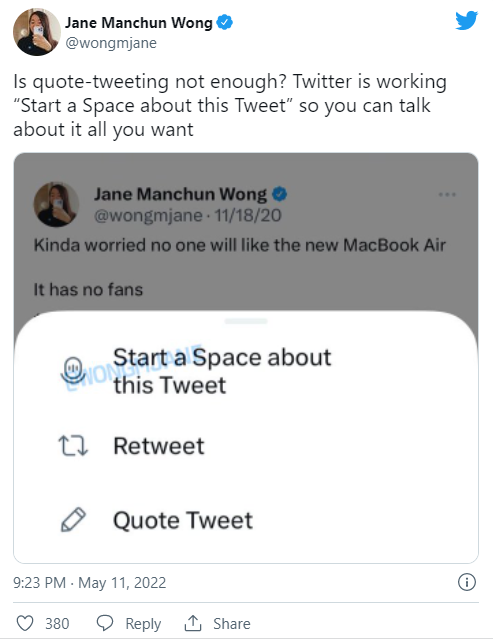 If you’re unfamiliar with Twitter Spaces, it’s a tool that lets users host or join a live audio discussion. It is called a Space. This implies you could use the “Start a Space about this Tweet” feature to host a live audio talk about a particular tweet. It’s unclear whether this option would simply be available for one’s own tweets. Or if it could also be used to generate an audio version of quote-tweeting other users’ tweets. If Twitter follows through with making this functionality available. And making it so that all tweets are susceptible, it might lead to some exciting quote-tweets and ratios. Those Main Character days on the bird app could have been a lot louder, both physically and metaphorically. 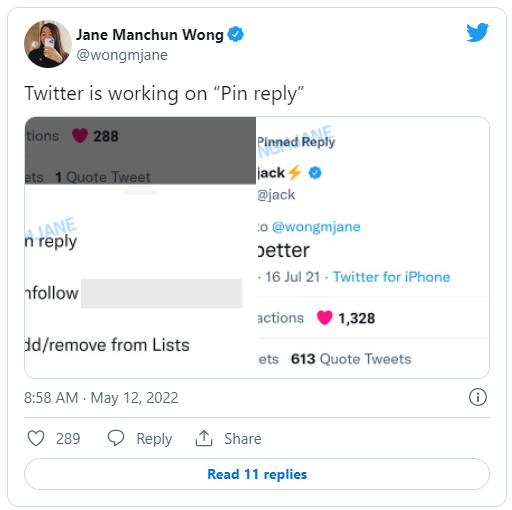 According to Wong’s screenshots, Twitter is also working on a “Pin Reply” feature. It would allow users to pin specific replies to their tweets to the top of the replies area. This one appears to be quite useful because it allows users to pin comments from noteworthy accounts. Also, answers with essential information, or replies with exceptionally entertaining responses to the top of the replies section. So that other users don’t have to scroll endlessly looking for them. It’s also a function that most people are already familiar with. This is especially true if they use YouTube or Instagram, which both have some version of that feature.

Also interested in: A Racing Development Team May launch the Upcoming Need for Speed