We have recently come to know that Twitter is testing new labels for threads. The new feature will let you identify whenever the person who initially started the conversation replies to someone. All the users will soon see new labels including “Author”, “Following” & “Mentioned” in the Twitter Threads.

“We want it to be easy to follow and join conversations on Twitter. We’re testing out labels on replies: author mentioned and following. If you see them, let us know what you think!”

The new feature is under testing right now. Only a limited number of users have seen the new labels. It is expected that the new labels will roll out to the users in the form of a server-side update. 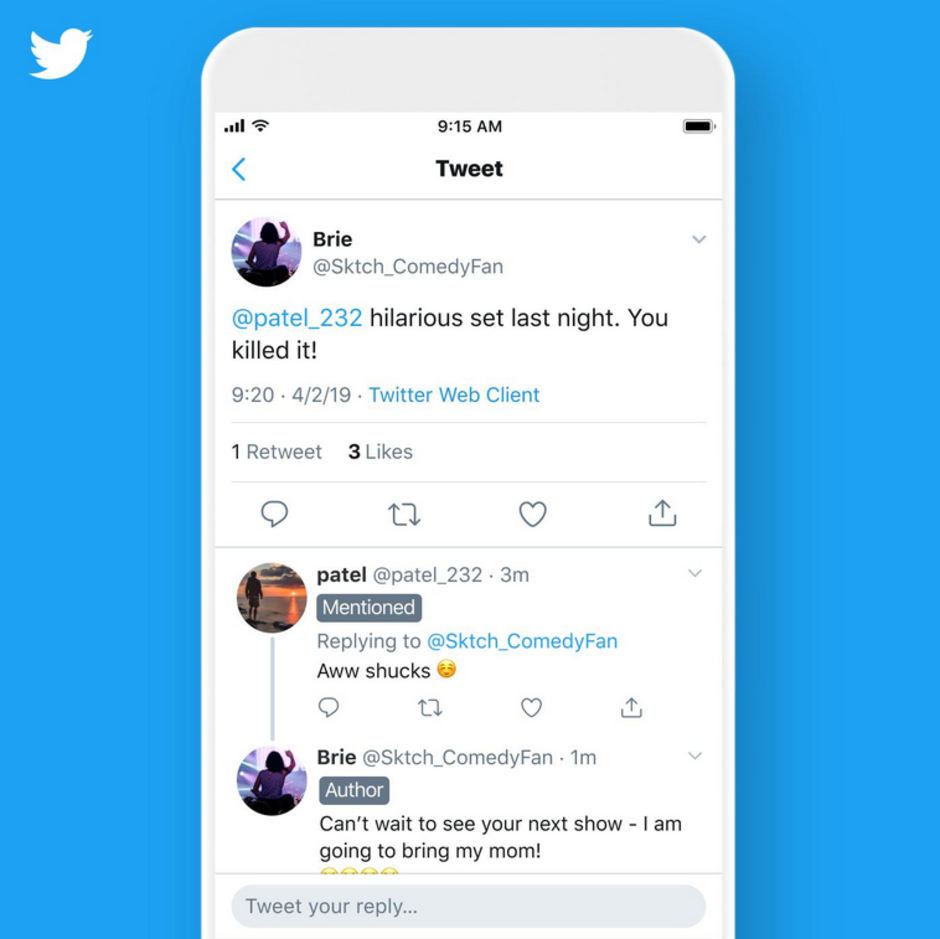 Three new labels will hit your Twitter Threads. They will include “Author”, “Following” and the “Mentioned”.  The “author” label will be applied to those replies which are tweeted by the one who actually started the conversation. The person who kicked off a particular thread will be labeled as Author. In this way, the users will be able to see if a particular response in a thread came from the original tweeter or someone else. On the other hand, the “mentioned” label will be attached to a reply from a Twitter user who was mentioned in a thread’s original tweet. The last “following” label will appear on a reply tweeted by a Twitter user who follows the original author in a thread.

In this way, you will be able to identify all type of Users in the lengthy and popular Twitter Threads. Let’s see when will it rolls out to all Twitter Users.