Few days back Facebook declared its CEO Mark Zuckerberg a ‘dead’. It seems that Facebook and Twitter, in a race to be better, both have lost it. Social media glitches have embarrassed two of the world’s premier social networks.

Suitable reasons regarding the suspension of Twitter’s CEO’s account remains to be unknown. However, hoaxes are that the obliteration of the account is done through an internal software due to extensive reporting by the site’s users. It is expected that the internal mistake might have cost a lot of people their jobs in Twitter’s company. 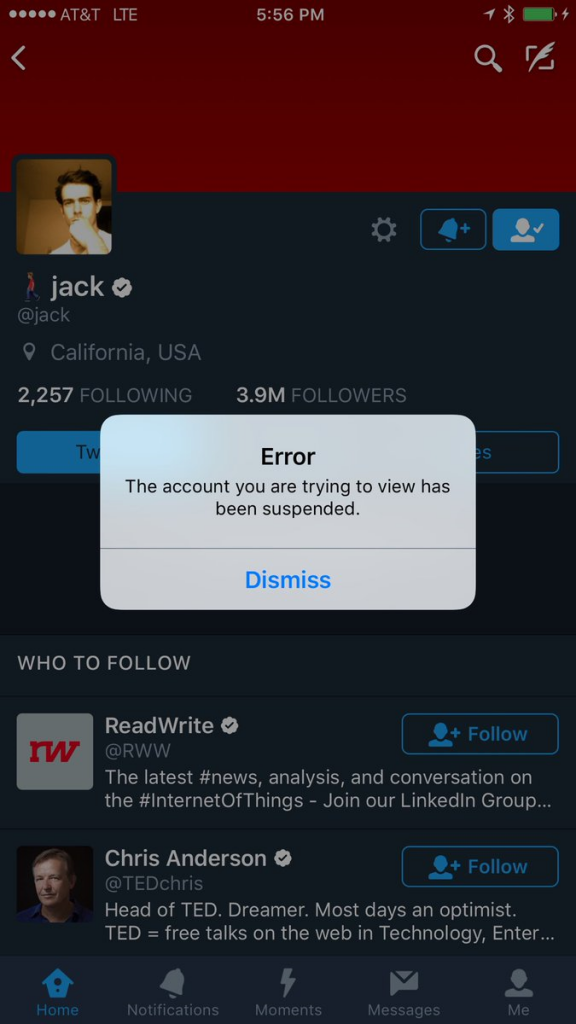 It is suspected that Jack Dorsey has his own pornography website and Twitter is banning all those who are writing about it. But, this news regarding the adult content is just a groundless rumor which no one can agree until it’s confirmed.

Some international websites have assumptions that a professional hacker hacked Jack’s account and reported it for misuse; which lead to deletion of account. The company managed to restore his account 30 minutes later.

After Dorsey reinstated, his number of followers decreased about 145. It’s a sudden drop from the approximately 3.9 million.

Twitter has moved to suspend high-profile accounts of people linked to the “alt-right” movement. The company has come under criticism in the past few months for not taking steps about abuse on its platform.

It’s still vague as to how the profile may have shed close to half a million followers due to an internal error, but let’s hope that doesn’t happen to anyone else.