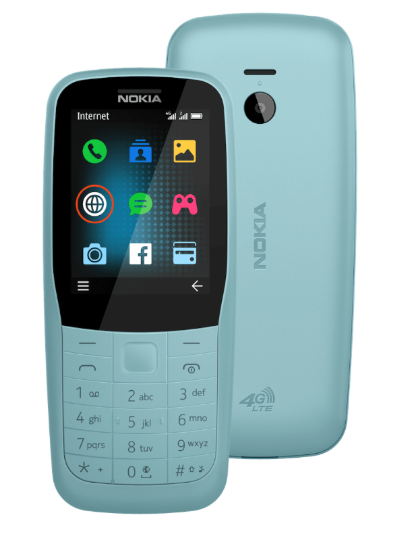 The Nokia 220 was launched back in 2014. The 4G one is the latest version of the handset. It has a curvier body that makes it more comfortable to hold for long. The feature phone has a 2.4-inch QQVGA display, 16MB of RAM and 24MB of storage. In addition to that, it runs Feature OS and has a VGA camera on the rear with an LED flash. Furthermore, the Nokia 220 4G comes with a 1200mAh removable battery that charges via a MicroUSB port. Moreover, it has a standby time of 27 days and provides up to 6.3 hours of talk time. The handset comes in Blue and Black color. There had been no words regarding the price of the handset yet. 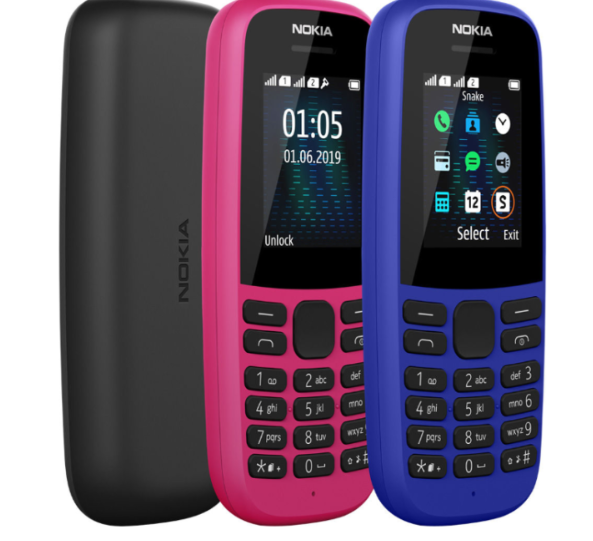 The Nokia 105 (2019) is the 4th generation version of the Nokia 105. The older version was launched back in 2017. This year’s model is a bit taller and is made from hard-wearing polycarbonate. The best part is that it can survive drops and falls. Furthermore, it adopts the island keymat style which separates the keys and makes texting more easier.

The display of the handset is 1.77-inches and a QQVGA type. In addition to that, it has 4MB of RAM and 4MB of storage. It runs Nokia Series 30+ software straight out of the box. It further includes an FM radio, a 3.5mm audio jack, and a flashlight. The feature phone comes with a removable battery of 800mAh capacity.  HMD Global claims that it will provide up to 14.4 hours of talk time and last up to 25.8 days on standby. Its color options include blue, pink, and black.