When all companies are busy in bringing the new smartphones to its users, LG has also good news for its users. Recently, LG has been in the news because of its G-series. Now, Upcoming LG Phone Appears on Geekbench. The listing has also revealed some key specs of the upcoming phone. Let’s have a look at the specs first.

The phone has appeared on Geekbench with the model number LM-G900N. It also reveals that the phone will be powered by a Qualcomm chipset codenamed “Lito” with an 8-core CPU and base frequency of 1.8Ghz. 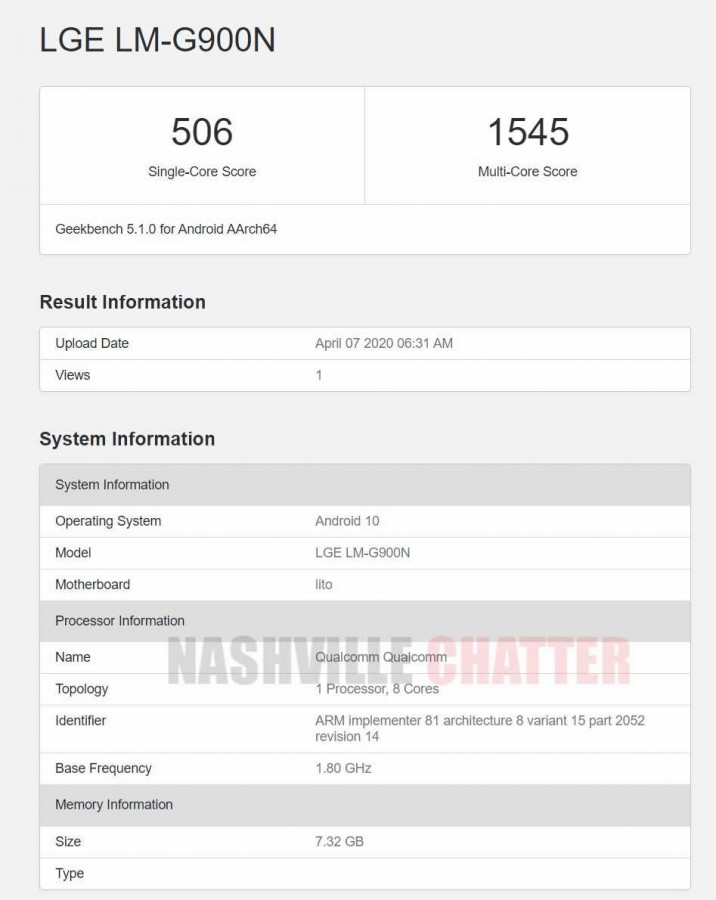 Moreover, the listing has also revealed that the phone will have 8GB RAM and runs on Android 10. If we talk about its score, It has scored 506 points in the single-core test and 1,545 points in the multi-core test.

Unfortunately, this is all that the Geekbench listing has revealed. But thanks to the previous rumours, we have some information too. The leaks revealed that the phone will come with triple camera setup at the back. Moreover, it will come with at least 32 MP selfie camera. Although these all are rumours. But we will get more updates in the coming days.