Chief Guest of the ceremony, Federal Minister for IT and Telecommunication, Syed Amin Ul Haque said: “In light of the Prime Minister’s vision of Digital Pakistan, the Ministry of IT and Telecommunication through USF has awarded yet another project for the socio-economic betterment of the people of Balochistan. Through the contract being awarded today, residents of the Kech district will reap the benefits of High-Speed Internet in a span of 12-18 months. It is our priority to ensure that Balochistan remains at the forefront of technology development as we continue to work towards building a robust Digital Pakistan. The digital connectivity will open unprecedented new possibilities for the marginalized communities of the Kech district; enhancing their ability to work and transact online and engage in the digital economy. I would pay my special gratitude to the Federal Minister of Defense Production, Ms. Zubaida Jalal who has played a significant role in highlighting the region for digital transformation and emphasizing the importance of digital inclusion for the growth and prosperity of the youth. The Ministry of IT and Telecommunication through USF has contracted various development projects worth approximately PKR 7 Billion to provide High-Speed Mobile Broadband services in districts of Chagai, Noshki, Bolan, Mastung, Panjgur, Gwadar, Ziarat, Jaffarabad, and Pishin. These projects are expected to be completed within 12 to 18 months from the date of commencement”. 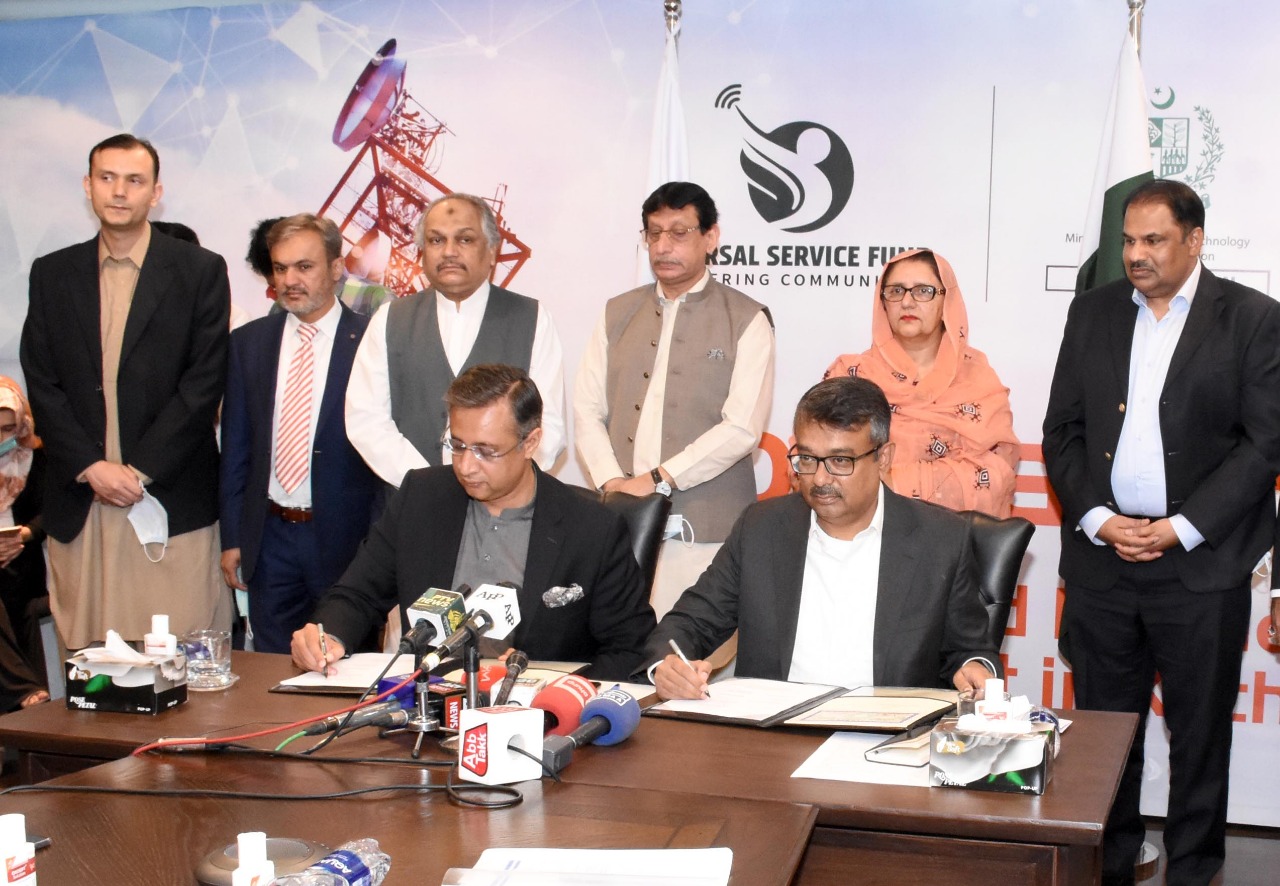 The Federal Minister of IT also said, “Today, in this regard, it is pertinent to highlight the progress of National Highways program. The Ministry of IT and Telecommunication through USF has initiated development projects worth approximately PKR 1.8 Billion to provide High Speed Mobile Broadband services to commuters on all National Highways in Balochistan, thereby covering a road segment of 1,780 km. NH 10 and NH 25 is 75 % completed whereas NH 50 and NH 70 are 50 % completed. Likewise, NH 25 and NH 65 are 25 % completed. All National Highway projects will be completed within the next 6 to 9 months”.

In Balochistan, the youth are benefiting from DG Skills and Virtual University’s education programs. So far, 25,000 youngsters have completed free licensing courses amongst others through DG Skills. Similarly, through Virtual University programs, offline centers have been established in 9 districts whereby thousands of students can access educational courses without any internet service. Four new software technology parks are being established in Quetta, Khuzdar, Turbat and Gwadar in Balochistan where in lieu of rent, the government will give a 25 % subsidy and other facilities. 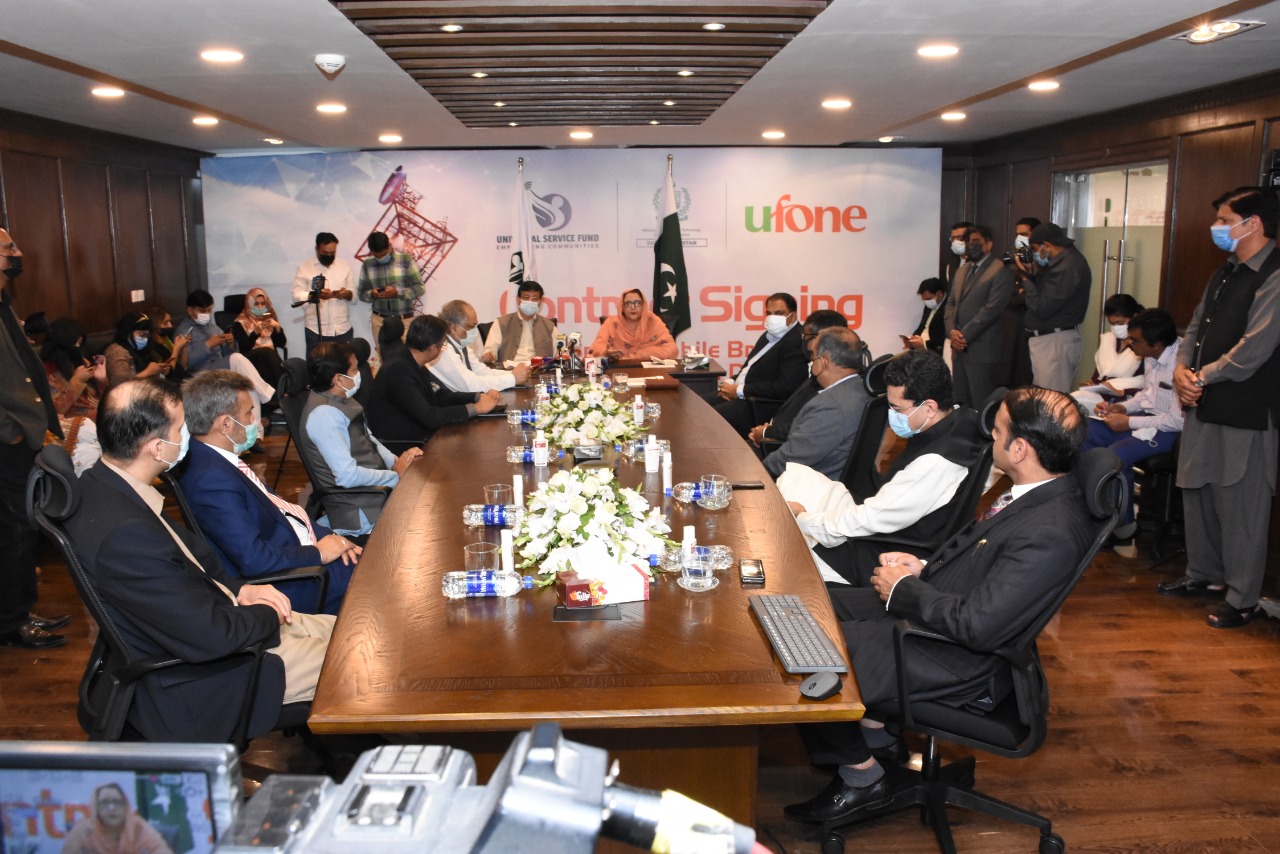 Federal Minister of IT shared that 3,500 students from Balochistan will be provided a 6 month paid internship with a monthly stipend of PKR 20,000. Other than this, new national incubation center campuses will be opened. With the help of Ignite, new projects for the youth in research and development will be initiated as well. Syed Amin Ul Haque stated that the people of Balochistan should not be disappointed as we are working very hard for the development of Balochistan. The Prime Minister is very clear in his vision that there is no national progress without progress in Balochistan. This is the reason whereby upon my instructions, Federal Secretary for IT and Telecommunication, Shoaib Ahmad Siddiqui and all attached departments working under our ministry undertook a tour to Quetta and apprised the Government of Balochistan regarding its development projects.

While addressing the ceremony, Federal Minister for Defence Production, Zubaida Jalal thanked the Federal Minister for IT and Telecommunication, Syed Amin Ul Haque and said that the Ministry of IT’s development projects for the people of Balochistan are in line with the true spirit of Digital Pakistan and will play an important role in alleviating the marginalization of Balochistan and supporting the province to come at par with the developed world. She further said that I am sure that the development projects in Kech district will be completed timely and I assure you that the youth from these areas will be as capable in terms of skills, capabilities and digital proficiency as youngsters from urban cities.

Sharing his thoughts at the ceremony, CEO USF, Haaris Mahmood Chaudhary said, “This project will benefit an unserved population of 0.34 Million, thereby covering an unserved area of 23,964 sq. km. of Kech district. Upon the directive of the Federal Minister for IT and Telecommunication, our focus on providing access and connectivity to the remote and far-flung areas of the country remains distinguished. In the last two years, USF has contracts projects worth over PKR 21 Billion. This project has been awarded to Ufone through a through an efficient and transparent competitive bidding process. We strive to empower the people of Balochistan and bring ease into their lives through these projects”.

Sharing his views at the ceremony, Group CFO and Acting CEO PTCL & Ufone, Nadeem Khan, said, “Ufone is dedicated to the cause of a Digital Pakistan. Our telecommunications projects in Balochistan are an attempt to make lives easier for the millions that are residing in the province. Through this project in the Kech district of Balochistan, we aim to provide telecom services to 306 muazas of the area. This dream would have never reached fruition without the support of USF, which has been devoted to the cause of providing connectivity in far-flung areas of Pakistan”.

Check out? USF Awards Contract worth PKR 254 Million to Jazz for Providing Broadband Services in Jhelum and Chakwal Districts