Amsterdam, being the bicycling capital of the world. It is for the first time that a noteworthy electric bike emerges from Amsterdam. The launch of the Veloretti Ivy and Ace e-bikes soon begins its mass production. Veloretti’s First Electric Bikes are Gorgeous and their first electric bikes begin shipping to customers.

The Ivy step-through model above with whitewall tires and leather-look grips and saddle speaks of the Dutch origin. Despite their vintage appearance, Veloretti’s e-bikes are as cutting edge as can be. Both are fitted with a maintenance-free Carbon belt drive, step-less Enviolo automatic shifter, silent mid-drive Bafang motor (250W), hydraulic brakes, integrated front and rear lighting, a small display for turn-by-turn navigation, and a removable 510Wh battery that simplifies charging after depleting its 60 to 120KM range. They also come lavishly covered in sensors for torque, speed, and cadence, upgraded with Bluetooth, GPS, and 3G and 4G radios. All this tech enables a wide range of advanced features like over-the-air updates, remote issue diagnosis, crash detection, and live tracking in case of theft. It is also certified for Apple Find My tracking.

The Veloretti founder Zonder, produced his first city bike in 2013 and ever since young enthusiastic urbanities are his followers. The most liking of the Veloretti’s bikes are the mix of style, quality, and service for bikes at a price tag less than €400. Veloretti’s company has grown more quickly due to their direct-to-consumer sales model. The company to take better advantage of the technology used in the Ivy and Ace bikes have started their e-bike app. 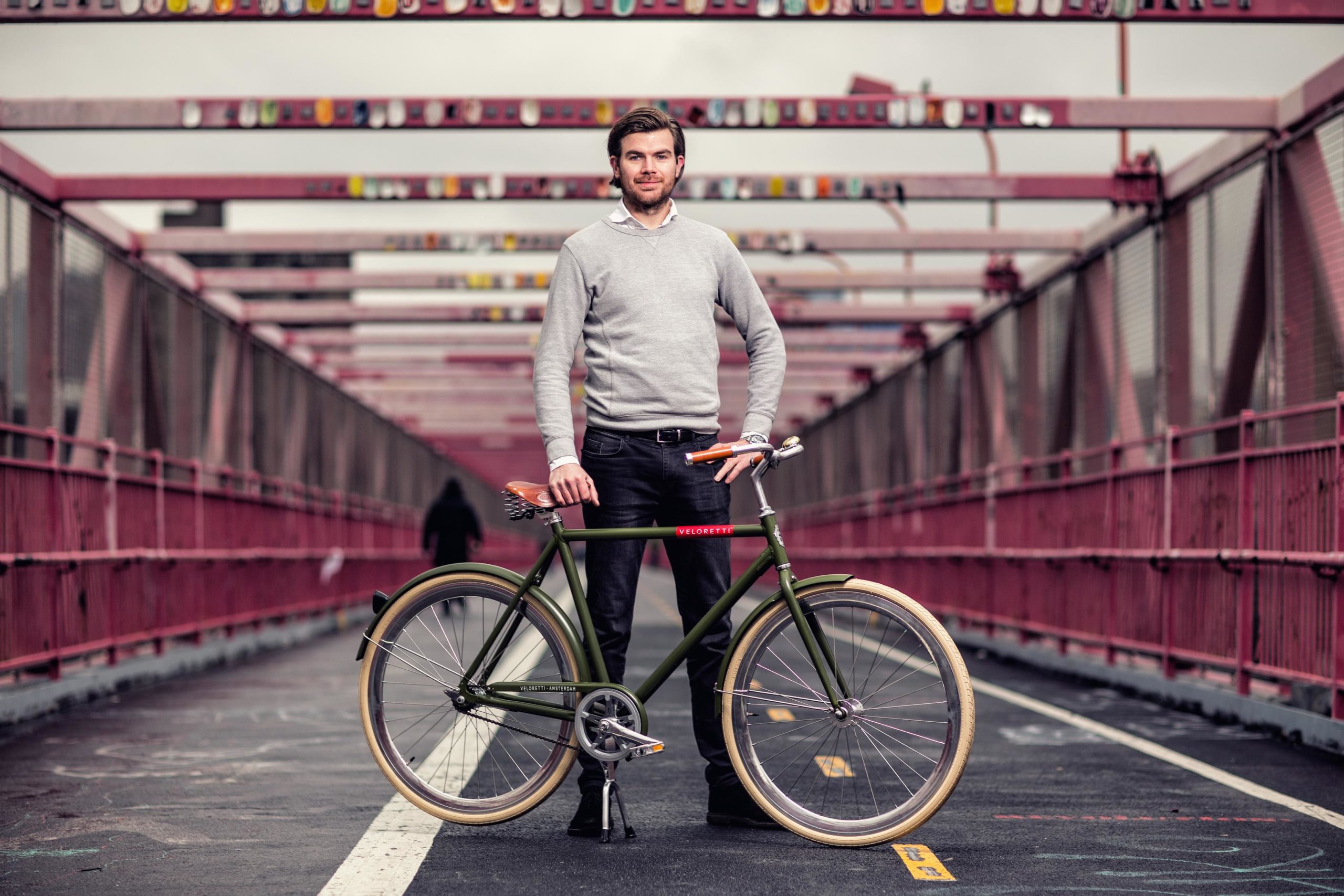 The Ace prototype looks great with solid build quality. And the motor used i.e. Bafang motor is truly silent, the Enviolo automatic shifter on the prototype can be a little noisy. It also takes some practice to prevent freewheeling at startup. According to Zonder the e-bike app is upgraded to give the rider better control over the torque thresholds and other minutia, the Enviolo firmware is being tweaked.

This year the company plans to cater Netherlands, Belgium and Germany only with electric Ivy and Ace to maintain strict quality control. Zonder said that they don’t want any loopholes and risks in supply chain; and ruin their reputation and customer satisfaction n these markets which they already know well and have given them quality service.

Veloretti can not make any mistakes in the rapidly growing e-bike market, not when its e-bikes are currently listed for €2,399. But even this new higher price is likely to go up, Zonder predicts. The price hike is due to the limited availability of parts, especially the microchips that both e-bike and EV makers are desperately bidding on to secure. The current tax-inclusive price are about $2,850 if Veloretti’s e-bikes were sold in the US, but it will not open its sale for US in before 2023.