VimpelCom, the parent company of Mobilink, and the Abu Dhabi Group, a major sponsor of Warid Telecom has finally come up on the deal to merge Mobilink and Warid. The merger is of great significance as it will bring huge changes to the telecom industry of Pakistan. Phone World was the first one to break about mobilink and warid marger back in August, 2015. Our team has successfully conducted a detailed analysis of this merger and its fundamental effects on the telecom industry of Pakistan. You can read the detailed article here: Pakistan Telecom: Acquisition, Merger & Divorce 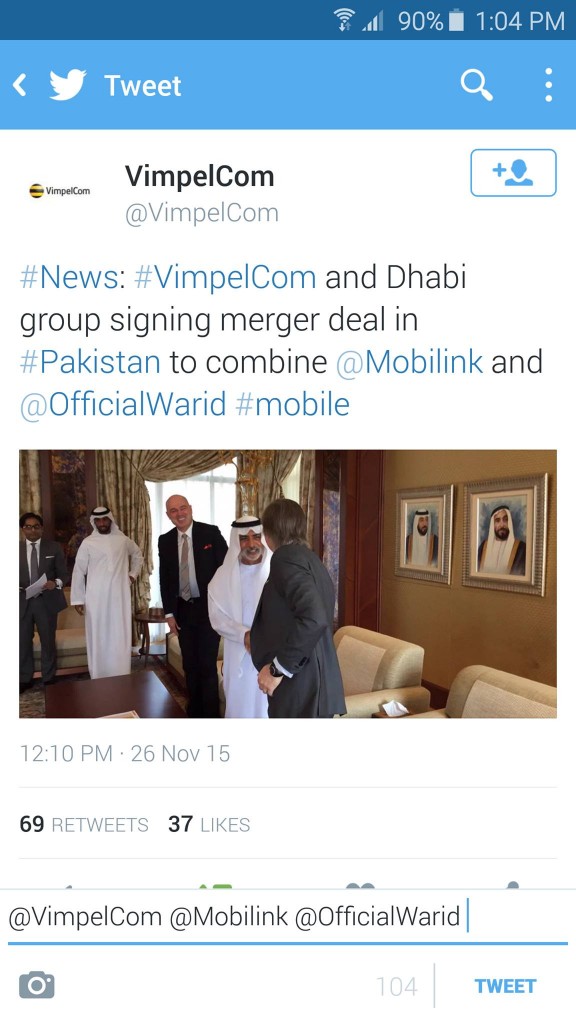 With the lowest subscribers’ base in the market, Warid has large space available on its spectrum, thus Mobilink can shift its significant load on Warid’s network to gain better quality of service, while 4G aspirants of Mobilink would be moved to Warid network, they added.