Vivo’s new campaign inspires everyone to seize the moment on the world’s biggest stage – the 2018 FIFA World Cup Russia.

These include the Vivo Super Fan Photographer programme, providing fans with unprecedented pitch-side, stadium and warm up session access, as well as the Vivo Super Time project, which will elevate the fan experience during the FIFA World Cup finals performance segment. 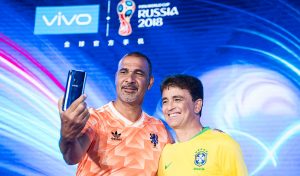 My Time, My FIFA World Cup

The thematic campaign advocates the belief that everyone can be extraordinary and calls upon people of the world to seize moments of opportunity to be extraordinary in their lives. Through its products and technology, Vivo hopes to empower people to go beyond being just being an audience at the FIFA World Cup, but to become a participant, a creator, and to enable extraordinary moments to be seen, shared and remembered. 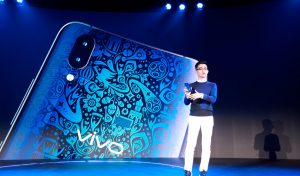 “’Camera & Music’ are not only a part of Vivo’s DNA, but also the two key ways by which people can fully experience, capture and share extraordinary moments around them through their smartphones. For this year’s FIFA World Cup, Vivo will leverage these two elements and our innovative technologies to help fans bring to life “My Time, My FIFA World Cup”. 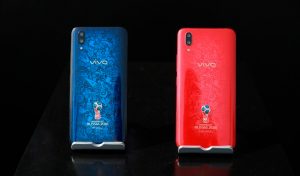 At the event, Vivo announced the Vivo Super Fan Photographers’ programme, which will recruit football fans, consumers and special guests who are passionate about photography to participate in the 2018, 2022 FIFA World Cup, and document extraordinary moments through unprecedented close-up access. 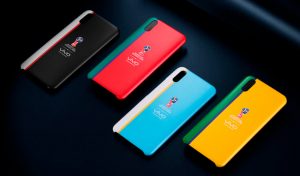 “Scoring a goal during the tournament in 1990 was my most extraordinary moment from the World Cup and with some of the best players in world participating, this World Cup, like all others, will undoubtedly have some truly spectacular and memorable moments.”

The 128-strong 2018 FIFA World Cup Russia contingent of Vivo Super Fan Photographers will be a star-studded one, comprising of not just football fans and consumers, but also celebrities, leading social media influencers, media partners and key opinion leaders from around the world. Ahead of each match, Vivo Super Fan Photographers will be provided a Vivo smartphone, granted special pitch-side and stadium access to capture exclusive content such as the pre-match warm ups, and share them with the world.

“We are excited to launch this programme ahead of the FIFA World Cup. We look forward to share our latest and innovative products with Vivo Super Fan Photographers, empowering them with better ways to capture extraordinary moments and share them with the world. We want to bring fan involvement to the next level – to fully engage and participate – as part of Vivo’s sponsorship of the FIFA World Cup.”

As part of the campaign, Vivo will also be launching the Vivo Super Time project, where there will be a series of unique music-themed activities throughout the tournament, including the Vivo Super DJ show at all 64 matches, to unite football fans and music lovers around the world. 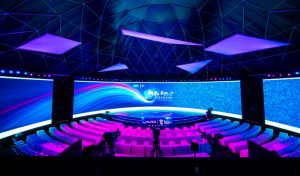 “The Vivo Super Time project aims to involve all participants in creating a historic moment at this year’s FIFA World Cup,”

“Besides helping to make the World Cup extraordinary for fans in creative ways, Vivo brings to life the spirit of youth, like FIFA’s burning passion. Now that the 2018 World Cup is coming, we look forward to creating more unforgettable memories for people all over the world together”. 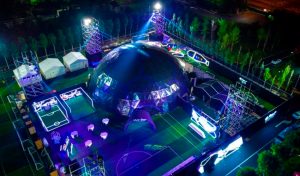 A young global smartphone brand focusing on introducing perfect sound quality and ultimate photography with cutting-edge technology. Vivo has more than two hundred million users and it is one of the preferred brands of young people around the world. As the exclusive smartphone sponsor of the 2018 and 2022 FIFA World Cup, Vivo believes in the importance of encouraging young people to embrace self-expression and an energetic lifestyle.