Vivo V9 launched at famous landmarks around the world

Vivo V9 was launched at world renowned landmarks across the world to connect with local audiences. Vivo created a first in Indonesia by launching at the Borobudur Temple Compounds, an UNESCO World Heritage Site. The Borobudur Temple Compounds are the world’s largest Buddhist temple and Indonesia’s most visited tourist attraction. The launch of V9 at the iconic landmark was a stunning showcase of the ancient masterpieces and the modern technology. 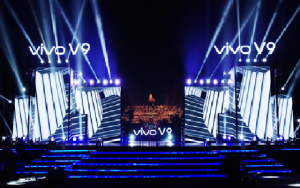 Vivo also engaged ambassadors that are beloved in markets across the world. For example, Vivo has partnered with movie star Aamir Khan to produce three brand new trailers for the launch event. 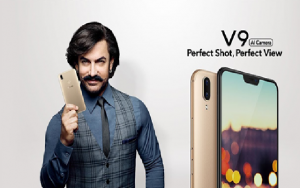 As an Official Sponsor of the 2018 FIFA World Cup Russia™, Vivo invited the Russian National Football Team to the launch event to experience the Vivo V9’s powerful performance and brilliant photography features. 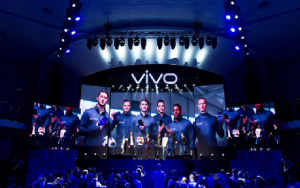 In Thailand, Vivo partnered with idol group GOT7’s Thai member Bam Bam to host a fan meet up, which attracted many fans to see the star and the stylish V9. Bam Bam connected with the fans at the launch and even invited fans for a groupfie using the V9 on stage.

Since the launch of the Vivo V9, top tier media like The Verge, CNET and Forbes have reported about the V9’s powerful AI photography features. With the help of the AI, Vivo V9’s AI Face Beauty feature detects the age, sex, skin texture and skin tone of the subject as well as the lighting environment and applies enhancements in line with the preferences of local users.

Vivo V9’s launch events around the world were well received. Beyond Russia, India, Malaysia, Indonesia and Thailand, markets like Vietnam, Pakistan and Bangladesh also garnered great reviews with their own special launch events. Through research into user needs, Vivo will continue to pursue innovation to solve consumer pain points, and ensure high-quality product standards and strive to provide a better mobile experience.

Also Read: Vivo V9 is a super compact smartphone for a 6.3” Display with 19:9 Aspect Ratio