Back in August 2020, Vivo has unveiled iQOO 5 series. Among them, the iQOO 5 Pro has launched with 120W charging support. Now, the company is planning to expand its iQOO brand by introducing iQOO 7 series. Vivo iQOO 7 has already run the AnTuTu test and appeared in many leaks and renders. Now, the phone has appeared on Geekbench listing revealing some key specs of the phone.

iQOO 7 has run the Geekbench version 5.1.0 of the benchmark specifically. According to the listing, the phone managed to score 1139 points in single-core and 3746 points in the dual-core test. The phone will be powered by the Qualcomm Snapdragon 888 chipset which the company has launched last December.

Soon after the launch of SD888, many companies started announcing their phones powered by this SoC. Vivo iQOO 7 is also one of those smartphones. Anyway, iQOO 7 will have 12GB LPDDR5 RAM and UFS 3.1 storage, according to the Geekbench listing. 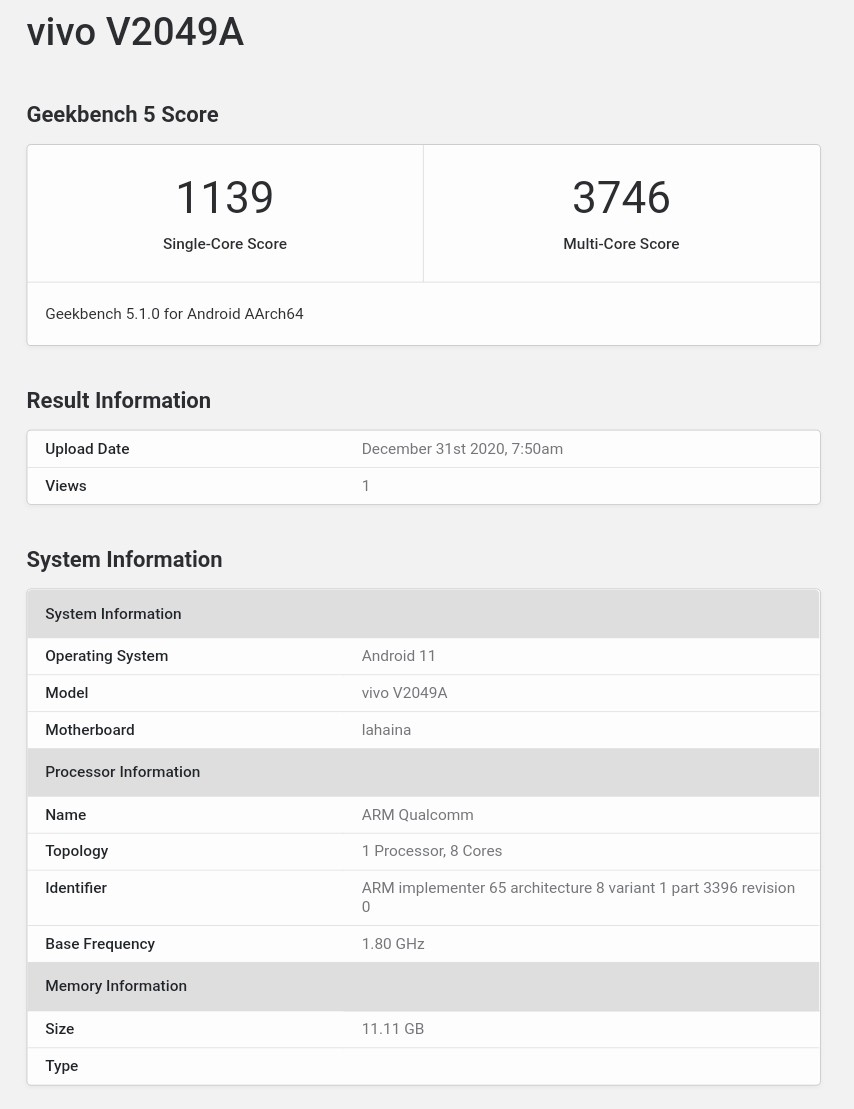 Another main feature of the phone is its charging ability. The phone will come with the 120W charger. It will get the battery from 0% to 50% in just 5 minutes and a full charge will take only 15 minutes. Standard USB Power Delivery will be supported up to 65W as well.

Additionally, the iQOO 7 will also come with Vivo’s new OriginOS and there will be a BMW-branded version of the 7 Pro model as well. There are no words when the company will bring the phone to the market. But the iQOO 5 has launched in Augst 2020. So, we may make a guess that iQOO 7 will also hit the market in the first half of 2021.