As we have already reported that Vivo has scheduled the launch of V19 on March 10. Now today, the phone has finally revealed. We have also some idea about the specs of the phone because of the previous leaks. Disappointingly, it is just the rebranded V17 that the company has launched last December. Anyhow, let’s have a quick look at the specs of the phone.

The phone has around a 6.44″ Super AMOLED display of FullHD+ resolution. The smartphone has an in-display fingerprint reader and a punch hole in the upper-right corner of the screen. The phone has the 32MP front camera for selfie lovers.

The phone has a quad-camera setup on the back. The L-shaped camera setup includes a 48MP main, 8MP ultrawide, 2MP macro and 2MP depth sensor modules.

Furthermore, the phone runs the Snapdragon 675 SoC. It has 8GB RAM and two storage options – 128GB and 256GB. Also, the phone runs Android 10-based Funtouch OS 10. It has a 4,500 mAh battery that charges at up to 18W through a USB-C port. Also, it comes in two colours – Crystal White and Arctic Blue. 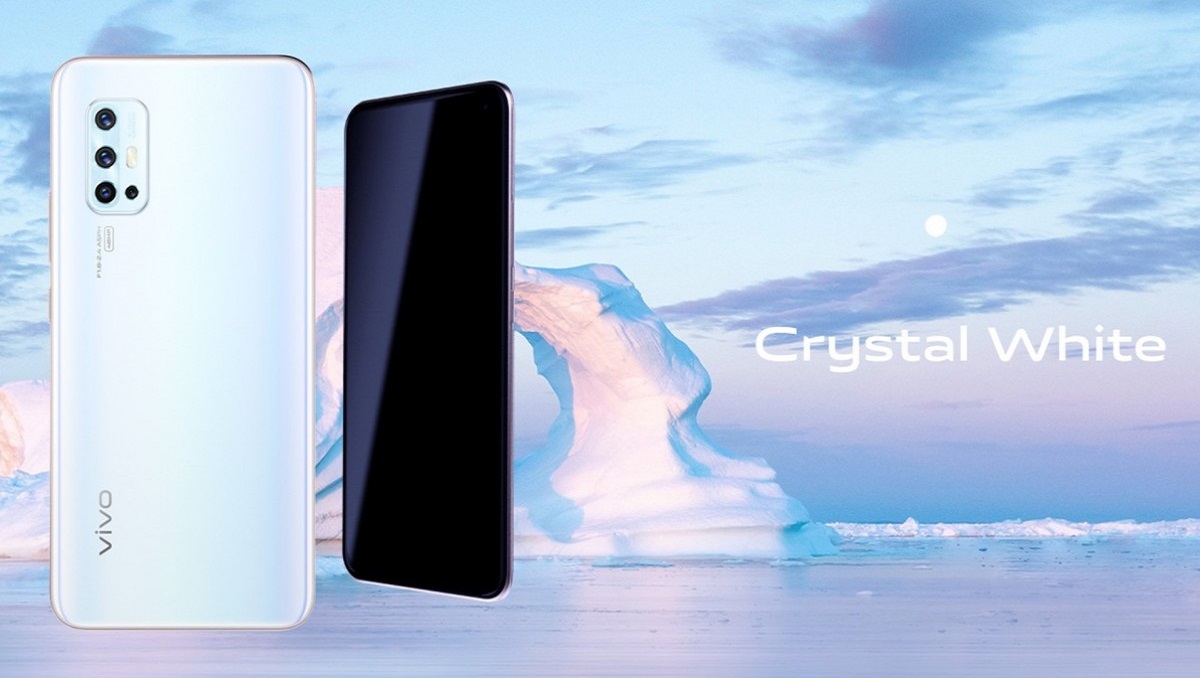 As far as its price is concerned, the 8GB/128GB variant will cost around $300. Whereas, the 8GB/256GB model will be available in $349. Currently, it is available in Indonesia. But we hope to get it in other markets too very soon.