Vivo launched V20 new V-series smartphone. The new Vivo handset, along with a water drop-style monitor notch, has triple rear cameras and is the first handset in India to run on Android 11 out-of-the-box. The company said that 33 W rapid charging support is required for the V20 smartphone. The mobile was released last month by the company on the worldwide marketplace where the Vivo V20 Pro was also released. 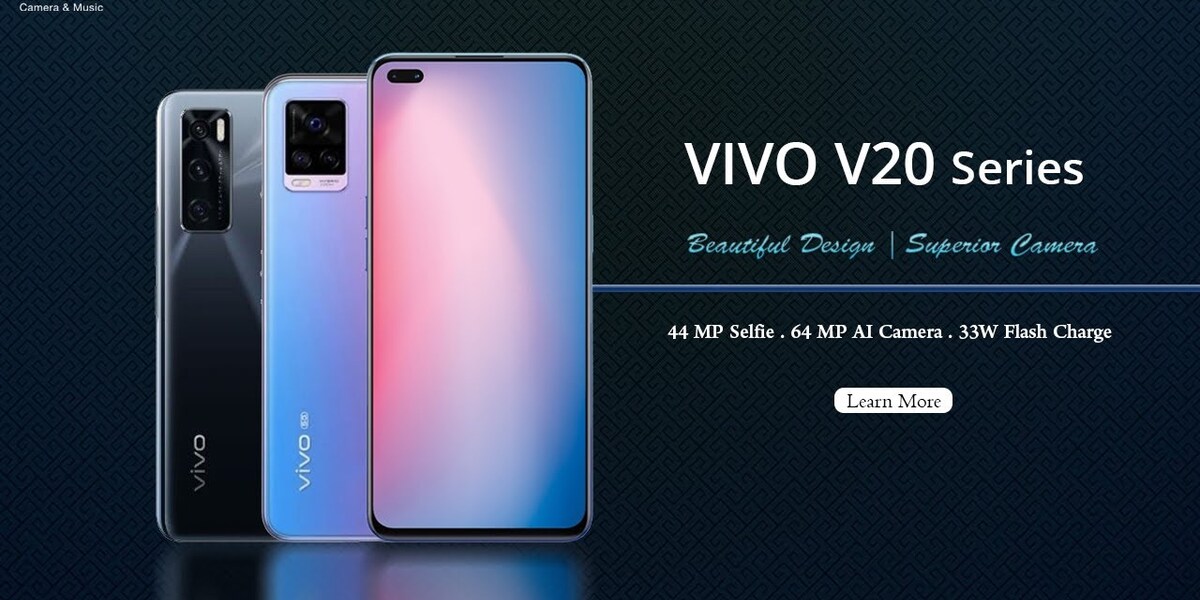 The handset has dual-SIM as far as specs are concerned, and runs on Android 11 along with Funtouch OS 11. It also features a full-HD+ AMOLED display of 6.44 inches and is powered by a Qualcomm Snapdragon 720 G processor with an octa-core.

This is combined with 8 GB of RAM in addition. In addition, with a 64-megapixel main sensor, the company is offering a triple rear camera configuration. The Vivo V20 also has onboard capacity of 256 GB. In addition, an in-display fingerprint reader is part of all V20 offers. In comparison, with 33W FlashCharge quick charging, the handset has a 4,000mAh battery.