Just recently we have reported that the vivo V21 and V21e are going to launch on April 27 in Malaysia. Apart from that, the vivo V21 series is a mystery right now. There is no enough information available regarding these devices. We currently are not sure about the models included in the series.  The only thing that we know so far is that the V21 SE will also include in the series. vivo V21 SE has appeared with the V2061 model number in the Google Play Console. 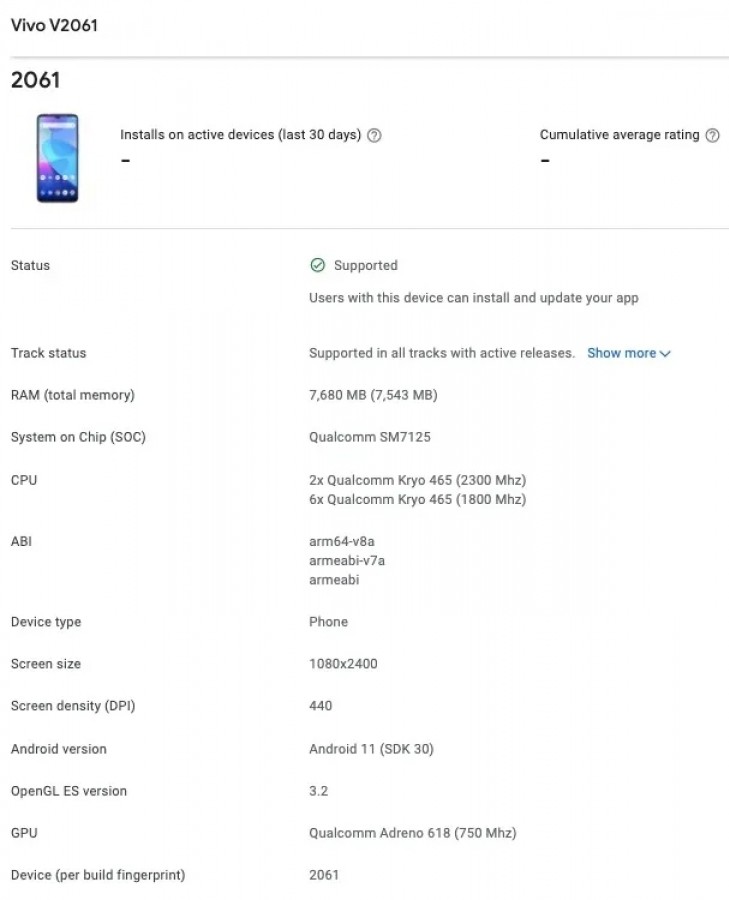 This is all the listing has revealed. But thanks to some rumours, we know that the phone will come with 5G capability. Also, it will come with a 64MP main camera on the back, flanked by two additional shooters. There will be a 44MP selfie camera as well. Moreover, the front camera will come with eye autofocus. The reports also claim that it will be one of the slimmest 5G-capable devices.