Tomorrow on June 29, Vivo will release the economical edition of the V21 series to the Pakistani market, the Vivo V21e. The official promotions have not yet been released. However, the exact release in Pakistan has been revealed, check here for more details. 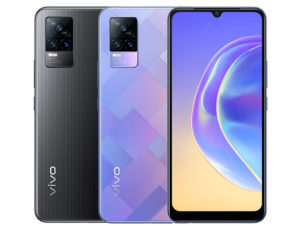 Vivo V21 and V21e have almost similar structures and designs. It is sleek and weighted as light as 171g, with a thickness of 7.38 mm. It is made of a glass sandwich, a very good material becoming increasingly rare in budget-first phones. Moreover, Diamond Flare and Roman Black finishes are provided in a shell, while the latter has a delicate pattern. 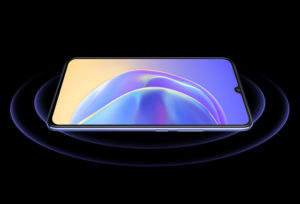 The AMOLED display of 6.44 inches with a high 1080P resolution, an excellent contrast ratio, and HDR10 capability. Its notch has an autofocus 44MP selfie camera. Under the display, it has an optical fingerprint scanner. 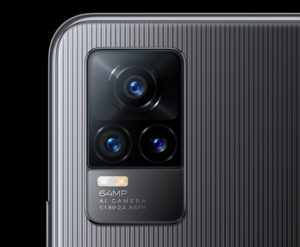 On the software side, the device features the FunTouchOS, based on Android 11, and comes with the Qualcomm Snapdragon 720G. A 4000 mAh good battery supplies the power to the smartphone and supports a 33W fast Charge, which offers a 66% charge in only 30 minutes. Vivo V21e includes 128GB storage and 8GB RAM. 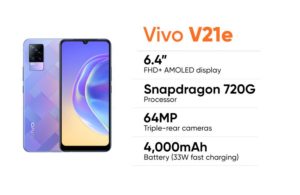 Also Read: Are you Victim of Cyber Abuse in Pakistan? Here&#8217;s how to get help