As we have already told you guys that Vivo is going to launch its X50 series on June 1. The series will include three models, X50, X50 Pro and X50 Pro+. All these models have appeared in many leaks and teasers. So, there is already much information available about the coming phones. However now, a new leak has revealed the key specs of Vivo X50 Pro+. 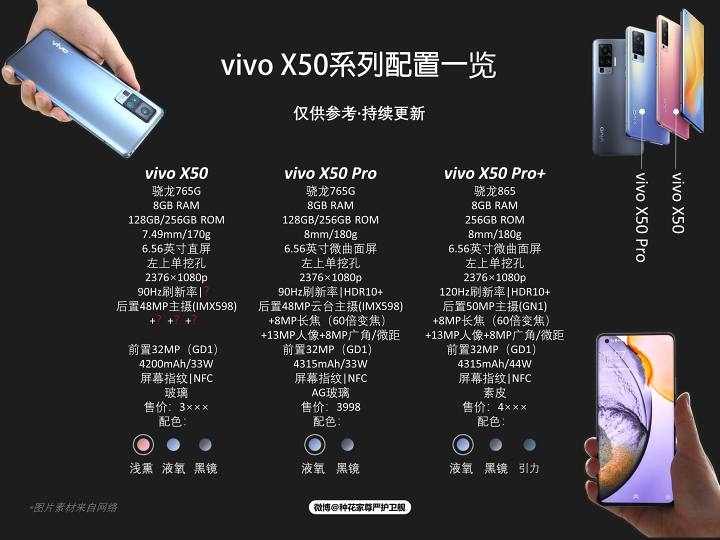 Also, the leak contradicts the official promo. However, we do not need to wait so far to get to know the authentic information about the phone. We will get the series on Monday.

As far as the pricing of phones is concerned, the vanilla version will cost around $560. It means the Pro and Pro+ versions will cost more than the vanilla version.  The official information is yet to come. Let’s wait and see what’s new the company will bring in these phones