Some recent reports revealed an interesting detail about Vivo’s upcoming X60 trio. Vivo X60 Series will be the First with Pixel Shift Technology. You may have heard of pixel shift as it has been used in DSLRs in the past, but never on a phone.

The Vivo X60 lineup has launched in China already. However, the company is also having an event on 22nd March to launch the series globally. The Chinese versions of the X60 and the Pro use Exynos 1080 chipsets and the global versions will switch to Snapdragon 870 instead (the Pro+ will have the S888). So, we can see the pixel shift technology in the global X60 lineup.

Vivo X60 Series will be the First with Pixel Shift Technology

If you don’t know what exactly the pixel shift technology is, then let’s first make it easy for you. Most of the digital camera sensors use a Bayer pattern – unlike a display where each pixel has multiple sub-pixels with different colors, a single pixel on a sensor sees only one colour. Red, Green and Blue pixels are arranged in the Bayer pattern, which is a sort of three-colour checkerboard.

But that leaves gaps in the colour data. The Green channel covers 50% of the image, Red and Blue channels only get 25% coverage. Interpolation is used to fill in the gaps, but that introduces inaccuracies. This illustration should help you visually understand this interpolation called “demosaicing”.

There’s another way – shift the sensor, side to side and up and down one pixel at a time. This allows the sensor to fill in the gaps and get 100% coverage on all colour channels. The illustration below shows an idealized example. 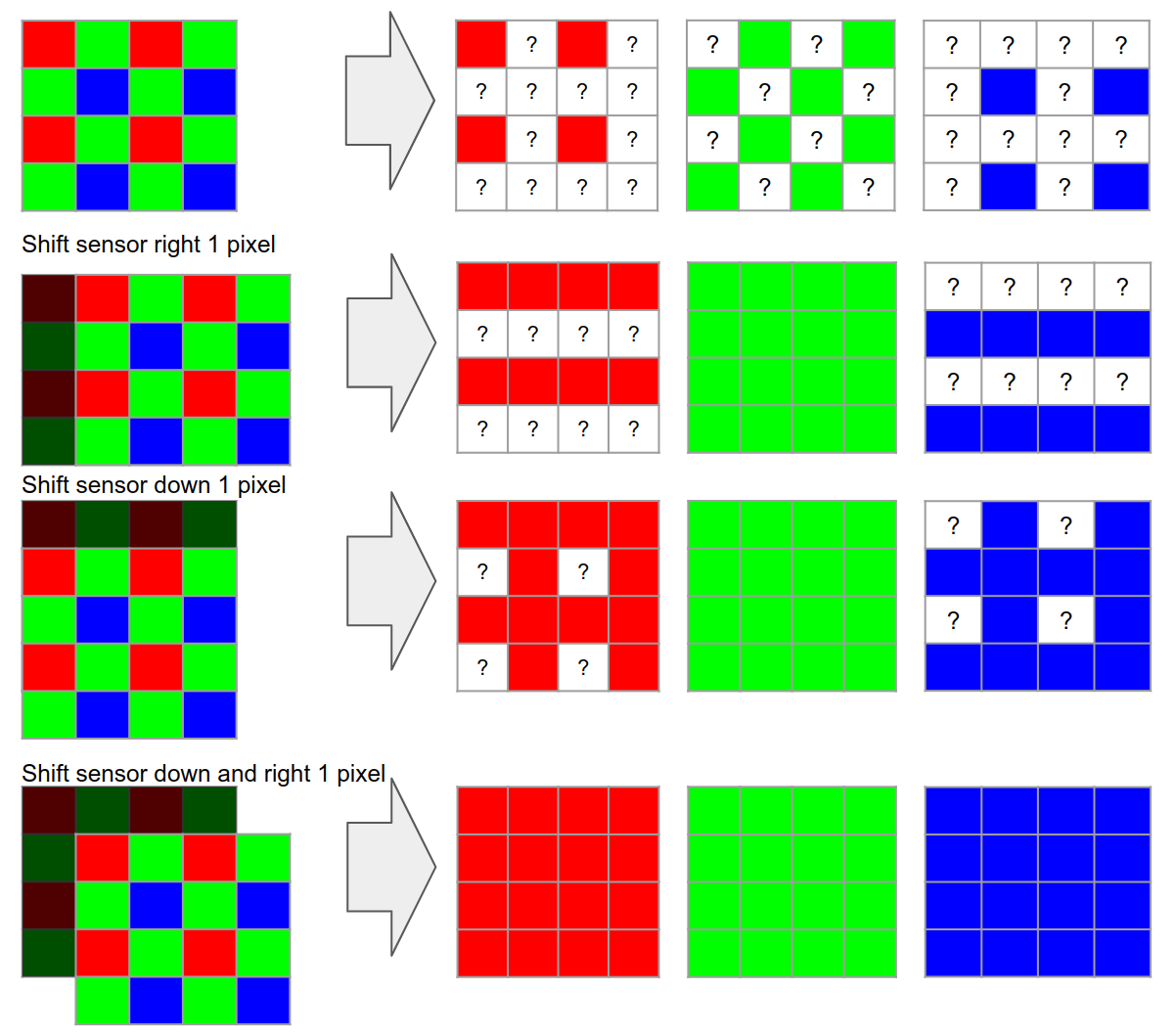 There will certainly be a detailed explanation during next week’s event. But the reports claim that Vivo X60 will shoot 8 RAW images, pick the best one and use information from the other 7 images to fill in the gaps. The result is a single photo where every pixel has true colour data.

If the static images above didn’t do a good enough job of explaining, maybe Sony’s video about Alpha 7R IV that shows the concept in motion will be easier to understand.