Careem is the app-based car booking service in Pakistan and doing quite well in the country while making the system of transportation easy. Its mission is to make people’s lives easier by revolutionizing the transportation and logistics industry in the region. Now it has hired Wasim Akram as the honorary CEO of the company. The news has been confirmed by the Managing Director of Careem Junaid Iqbal today in a live session on his official Facebook page. Wasim Akram Joins as the Honorary CEO of Careem Pakistan.

Wasim Akram Joins as the Honorary CEO of Careem Pakistan

See Also: Careem Becomes more Enthusiastic by Introducing GO & GO+, an Affordable Way to Get Round

Before this, early in the morning today, a leaked picture of Careem contract with Waseem Akram has been become viral on the internet stating Wasim Akram as the honorary CEO of Careem Pakistan – effective 16th April 2017. Here is the picture, 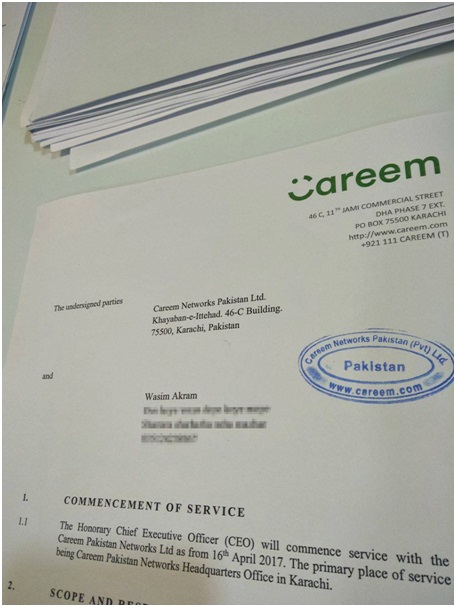