Lately, Apple announced that Self Service Repair will be available soon. With the Apple Self Service Repair Store offering repair manuals and real Apple components and tools. An iPhone Repairing kit is currently available in the United States, with plans to spread to other countries later this year, starting with Europe.

What equipments does the iPhone Repairing Kit have?

The rental packages, according to Apple an iPhone repairing kit include two cases, one weighing 43 pounds and the other 36 pounds. The cases are of 20 inches wide and 47 inches tall when stacked on top of one another. Both cases, thankfully, include wheels for convenient mobility.

Apple lists the contents of each case on its website, including a battery and display press, protective covers, and screwdrivers. Customers will only receive one case with equipment built exclusively for the smaller iPhone SE for repairs of the third-generation iPhone SE. 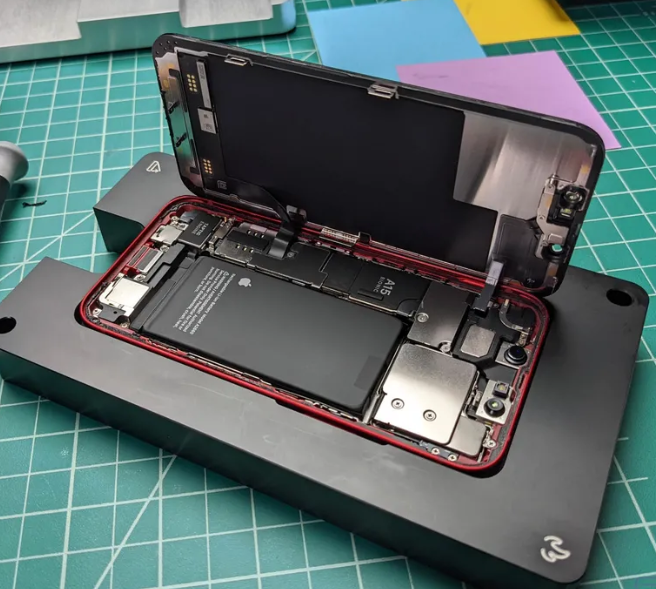 Apple has been accused of doing everything it can to prevent customers from repairing their own phones for years, and the firm has been accused of working to restrict right-to-repair measures across the country. It’s easy to see this as a watershed event for the DIY movement. However, after attempting the fix, we are unable to suggest it – and we have a sneaking hunch that Apple prefers it that way.

Apple has nearly increased the number of service locations with access to genuine Apple parts, tools, and training over the last three years, including over 3,000 Independent Repair Providers. More than 100,000 active technicians are supported by a global network of more than 5,000 Apple Authorized Service Providers. As a result, eight out of ten Apple customers in the United States are within 20 minutes of a certified service provider.